I recently installed Synfig, however it crashes often. One consistent method of crashing is using the color picker. I am on Windows 10, with the newest version.

Hello.
I tried to reproduce the crash with color picker on Windows 10, but I couldn’t.

Could you please describe the steps to it? Or make a screen record.

(This video was recorded right after starting up synfig)
https://youtu.be/iWhC7KhIxyQ

Ok. I can’t test an installed version, but portable version works ok. Could you test it?

The portable version does the same thing, for more information I’m running the 64 bit version, with a 64 bit windows.

Can you check if this issue is reproducible for 1.4.2? 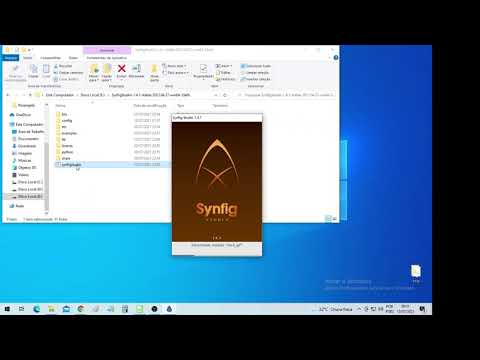 (and then I opened again when I saw I didn’t show the About dialog: ) 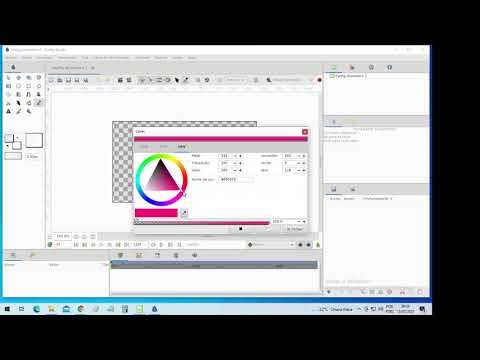 So that is super strange. Where did you download Synfig from?

It still crashes upon using the color picker tool.

Like @rodolforg I can’t reproduce Synfig crashing on WINE too.

@huddybuddy321 Can you do the following:

I just tried it here and it works fine

<could be>
Also It could be an issue of capricious graphic driver, depending the format of pixel in memory where hovered.
Try to change settings like bits per pixels (16,24,32…) and change graphic acceleration of GFX card.
If possible upgrade your driver

I can reproduce the crash. Unfortunately, when I open a cmd, go to the studio directory, and enter “synfigstudio.exe --console”, then when the crash comes, the console window crashes together with the program so I don’t have a chance to read what it says.

On a pure hunch: Synfig used to be quite stable under Windows for a long time. Then suddenly, around version 1.2, lots of versions appeared that crashed all the time for the feeblest reasons, even for just pulling down a guideline. Version followed version but the Windows problem never improved. In all the cases, Synfig didn’t manage to write any “death message”, and it never had any autosave to show either.

If I remember correctly, it turned out at long last that the transition from gtk2 to gtk3 was responsible for the trouble. The Windows version of the new kit kept throwing unexpected exceptions from the bowels of its code; these exceptions weren’t handled within Synfig and made the whole program crash.

Then someone issued a huge monster change where he diligently and laboriously encapsuled each and every d*mn gtk3 call with a try clause, and Synfig returned to normal under Windows again. (This is more or less hearsay; I don’t know the details; I’m not part of the programming team.)

The current symptoms remind me very much of that flaky Windows situation.

Soooo, might it remoootely be possible that some code flow is still left somewhere that calls the colour picker and has not been protected by a try?

@huddybuddy321 @PeterGB do you use dual monitor setup? I read on Google search some people complaining on this case.

Yes, I use dual monitor. I’ll update you on if unplugging my second monitor fixes the issue.

Yes, I use dual monitor.

I uploaded my draft for a new Color Editor I mentioned on another post.
Could you try it and see if it crashes too? Here is my work-in-progress: WIP [Synfig Studio] new color editor by rodolforg · Pull Request #2095 · synfig/synfig · GitHub . Windows users can test by following these steps. PS: As I just uploaded the code, you may have to wait some minutes.

I’ll update you on if unplugging my second monitor fixes the issue.

Sorry, I took a break. I can confirm, unplugging my second monitor does fix the issue.