I don’t know why this is so difficult in this software.

I set up multiple keyframes in 60 frame intervals. I turn on Animate Editing Mode, I select the keyframe at the 60 frame mark, and I rotate my object 360 degrees. When I hit play to test, the 1st object rotates 360 degrees within the first 60 frames.

When I attempt to manipulate the 2nd object, I run into issues. I select the 120 frame keyframe, turn on Animate Editing Mode, and I rotate the 2nd object 360 degrees. When I hit play, my second object does nothing for the first 60 frames, then from frames 60 to 120, it does the full 360 degree rotation. Instead, I tried to select the 60 frame keyframe, and rotate my second object, 180 degrees, intending to do the second 180 degree rotation between 60 and 120, to complete the 360. However as soon as Synfig hits frame 61, my object jerks back to its original position.

I have honestly never used a more annoying and clunky piece of creative software. If you have suggestion for alternatives I can use for cutout animation I would love to take that too.

It is because you have put a keyframe at 60 f. When animating the second object, you have to unlock the past keyframes as I do in the following gif

and then you have to go to the frame 120, make a new keyframe there, and rotate the object 360 degrees.

Synfig ‘keyframe’ is a global time mark, that tries to ‘save’ a animation/pose status at that time point.

Here I try to show you what is happening. And sorry for the black area 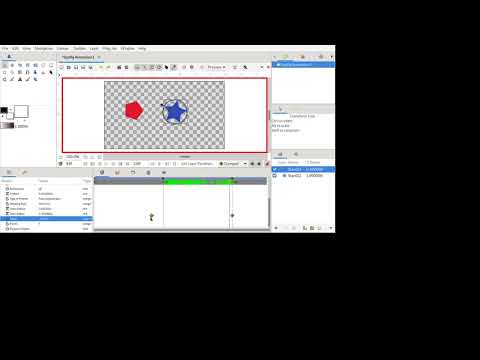