Hi!
As announced, this new coming release will bring a new splash screen and so we are asking you to contribute by participating in the new splash screen contest.
The rules are the same than the usual except for the following points:

There are new extra rules:
The version number will be 0.64.0 (and not 0.64.00).
There won’t be voting pool. Selection will be done by Synfig team.
The entries can be sent to any of the social networks where this announcement appears (forums, Google+ and Facebook)
The contest can be declared void. In that case we will use one splash screen from past challenges.
There due date is the last day of the Libre Graphics Meeting 2013, that is Sunday April 14th included. Results will be published on the next weekend.

Important note: Specially for G+ and Facebook: Only replies to original post will be considered as entries. Entries as replies to re-sharing posts are not considered.﻿
-G

Sorry … i have done one with feather… 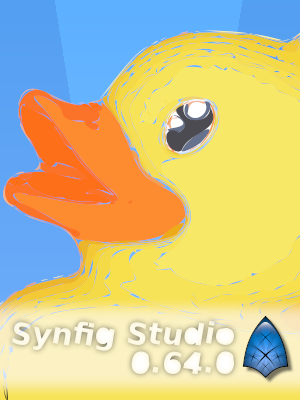 I often have problems with that … : How to reuse work… this time was because Copy And Paste of a group layer (ex Encapsluted layer) from one sif to another composition who don’t work has i expect : a simple copy & paste. This action copy paste but also link both sif.
I want to say … it’s not a bug … it’s a feature.

To resolve that i simply selected all the sub layer of my group layer, copy them, paste them, zem group zem.
(and done some little upgrade to the splash) 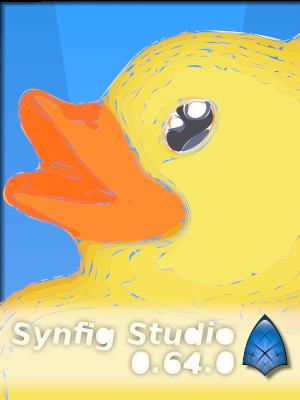 To resolve that i simply selected all the sub layer of my group layer, copy them, paste them, zem group zem.

Synfig 0.64.0 Splash Screen.sifz (163 KB)
This time should be even more free from links (mess to remove an invisible c&p layer) …

No error message but crashes Synfig 0.63.05 in Windows XP just when move the mouse over the Work area window…
Will try later at home :-/
-G

Hello, here is my entry, I don’t know if that is the propper way to license the project, is this alright?

Hello, here is my entry, I don’t know if that is the propper way to license the project, is this alright?

According to the rules:

Public Domain or CC0 is an acceptable alternative

So it is fine.
Thanks for participating!
-G

Hi,
Here is my two cents for the splashscreen contest. 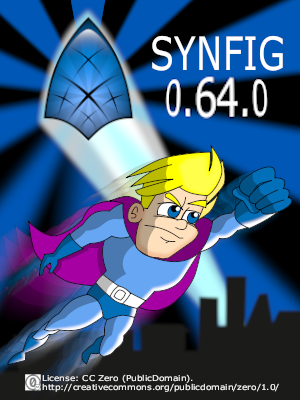 Wow. The submissions for this splash challenge are stunning!

In Sunfig when drawing the circle tool, it is not a perfect circle.
(Translated from Russian)

In Sunfig when drawing the circle tool, it is not a perfect circle.
(Translated from Russian)

Hi vkw123, screenshot is nice but it is invalid if you use a wrong application name. IT is SYNFIG and not SUNFIG.
-G

The entries are cool !!! 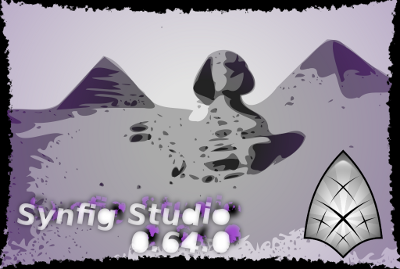 Also, if you don’t provide the source file the entry is not valid.
-G

According to the rules:

must not depend on specific fonts

Your file seems to depend on it. Can you rework the text and make it a path?