I got a Symantec Endpoint Protection warning. Is this safe?

Well, the source code is open to you inspect it (and build if you need).

I don’t know though; maybe @KonstantinDmitriev and @ice0

Hi!
Can you show screenshot with the warning?

I can test binaries with virustotal, but unfortunately they do not have Symantec checker.

I had to redownload the file since it deleted the file. Now the warning is no longer there, but now I have this message. 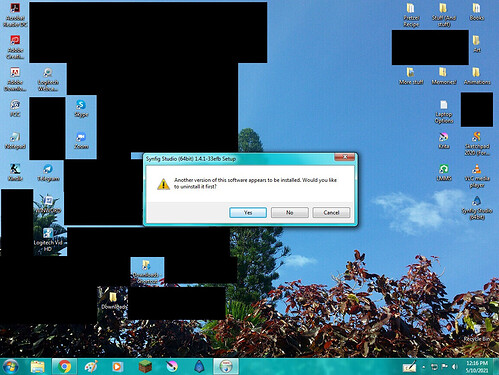 There is nothing to worry about here. Installer warns you that it wants to uninstall a previously installed version before installing a new version. In any case, you can always download the old version and install it back.

Please note that there is not the proper usage of a forum…
There are sections dedicated for support, this one is for Artwork

I have several versions as appimages on Linux, which is the equivalent of a portable install under Windows

P.S.: Next time you do a screenshot, just crop the dialog instead of hide several parts of the screen