I’ve been quite busy learning animation. The goal was to make a very short animation featuring an original character. And here’s the result: 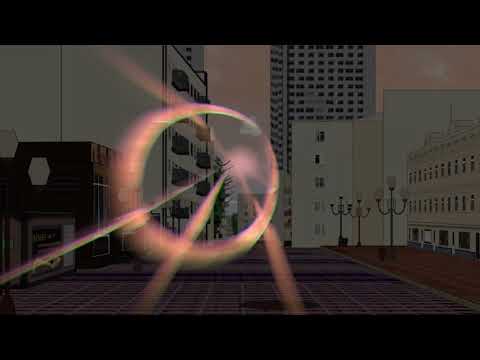 The way it’s done is ridiculous. Every vertex has a matrix rotation formula applied to it, so it’s basically a 3D animation made in 2D software. I pushed Synfig so hard that at one point it could not longer handle the project (the sif file for a character alone is about 35MB and has tons of formulas) so I had to modify the source code with my poor C++ skills to make it perform in an acceptable for me way. Although it is not the technique that Synfig was designed for, it does show what kind of potential the program has.

Here I’ll briefly list problems with Synfig I discovered in the process of making this animation. Some may already have been fixed since I based my modifications on a pretty old development snapshot, so try to understand. Here’s the list:

Those three optimizations decreased the loading of my character file from >1 hour (I gave up on waiting) to 20 seconds. So Synfig turns into a turtle if there are lots of nested converters (and I mean A LOT).

I may have forgotten something, but oh well.
Gonna take a break from animation, maybe make a bunch of issues on GitHub explaining some of the problems listed here in more detail.

Kudos for all these details in analysis!
Let’s hope this will help us to fix all of this quick

In Advanced_Outline::connect_bline_to_dilist there’s a weird check if bline has any points.

Actually, the point there is to check if “bline” parameter is actually a valuenode that provides a list of blinepoints. usually, it wouldn’t be a problem, but it can be with a malformed .sif file, that would make Synfig Studio crash. However, it computes 4 times, instead of only one (twice for Width Point and twice for Dash Item).

I created a PR that should fix it: perf: avoid double computation by rodolforg · Pull Request #2849 · synfig/synfig · GitHub

This is not right. ValueNode::set_root_canvas is not just about making root_canvas_=x->get_root();.
If it is a LinkableValueNode (most of them are) or ValueNode_Bone*, there is more stuff to do.

The procedure CanvasTreeStore::set_row that populates ‘Parameters’ panel doesn’t do a very good job if there are lots of sub-parameters (converters). In my case, switching between one layer and another could take up to 15 seconds. So you click, you wait, you click off to another layer and you wait again. The workflow was killing me, so I add a hack where it doesn’t expand bline when dealing with ‘Spline Vertex’ converter, but it’s not a proper solution. I think it should expand stuff on request (when user clicks on ‘+’ sign in a tree).

Can you add issue with test file to Github? This will help a lot.
Or just share it here - I will add issue myself.

I created a PR that should fix it: perf: avoid double computation by rodolforg · Pull Request #2849 · synfig/synfig · GitHub

Thanks, I will test it.

This is not right. ValueNode::set_root_canvas is not just about making root_canvas_=x->get_root();.

It isn’t? As I said, I am not good with C++ but the code of the procedure is this:

Can you add issue with test file to Github? This will help a lot.

Sure, I’ll try to construct a test file. I initially planned to spend some time making issues on Github with test files and everything.

It isn’t? As I said, I am not good with C++ but the code of the procedure is this:

It isn’t. There are method overrides for derived classes, like:

Anyway, the Canvas object is not passed as argument, but just a “pointer”.

It isn’t. There are method overrides for derived classes, like:

Anyway, the Canvas object is not passed as argument, but just a “pointer”.

Can you add issue with test file to Github? This will help a lot.

The issue is open: Parameter panel hangs when there are lots of converters · Issue #2853 · synfig/synfig · GitHub

Because the original code calls set_root_canvas() for every valuenode link, and you replace it to just affect itself.

Edit: AFAICS, it’s only important if we are using ValueNode_Bone in the Canvas. So you can safely work with your custom code as long as you don’t use Skeleton Layers and bones. One day, we hope, Skeletons will be redone/refactored…