I’ve realized I need to dial my dreams back for the time being! Just animating a bike without a rider, pedal down some 24f Time Loop ground has been a great learning tool.

I’ve got a workflow from GIMP that lets me control the Origins nicely so they’re mechanically where they belong for rotation. What puzzling me is the pedals.

An image is attached of my layer order… 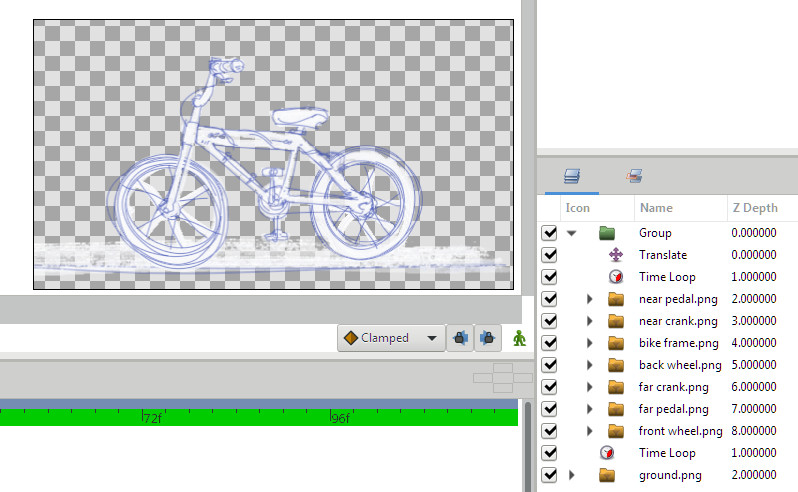 I understand much but accept I might be clunking things together the wrong way; maybe using Groups the wrong way. In Blender 3D, we would say, “parent the pedals to the cranks to inherit their rotation and add their own.”

In Synfig, is there some equal to Parenting rotations and maintaining the layer order so front objects continue to appear in front? That’s the confusion for me.

Hello,
When you put things inside a group layer and make changes to the transform this group, it is applied to everything that’s inside.
Say you put crank and pedal inside a group called “crank&pedal” and then rotate this group, both the crank and the pedal would rotate equally, relative to the origin of the crank&pedal group. You could then animate the pedal to counter-rotate.

Normally “Parenting” would be as easy as putting one thing inside the group-layer of another thing.
In your case, this is unfortunately not possible as pedal and crank are inside a special group layer called a “switch group”, which only displays one of the layers inside at any given time.

I hope this helps you solve your problem, have fun

Solved after carefully considering all the options for nesting Layers in Groups and putting some of those in another larger Group.

I have no idea if this is efficient but for 120 frames, it worked. 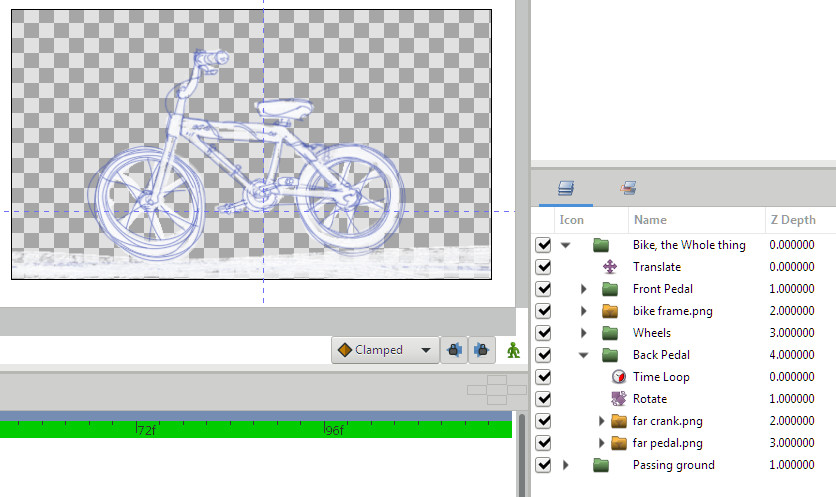 Always accepting input - there seems to be a lot of power in Synfig.