I’m pretty exited, because this was one of my summer vacations project, not only being able to do a 360 head turn, but a more natural head behavior, added to this objective, was also being able to move external parts from the head like the hair, or bows or anything else that a person would wear, i never messed with maths inside Synfig, but man, this was not only easy, it was pleasant to discover!

Sorry if any GIF artifact =p

i’ll explain a bit, i created a flat head ‘map’, after set eyes and features i encapsulated everything inside a layer a called ‘face’ and exported this Encapsulated Layer ‘Face’'s Origin, once the Face Capsule is under a ‘Spherize’ layer, is just matter to move the exported value to have different perspectives of the head, not enough with this, the real challenge was attach that little hanging hair to the proper place in the head, i created a Bline, fixed it weight and converted it Origin to ‘add’, then set ‘LHS’ as link of the exported value of Face’s Origin, since the head’s movement is not only origin’s movement but some movement distortion due to ‘Spherize’ layer, i set Scalar value to 1.5000, this fixed a bit the movement and the result is nearly perfect

Since the file is experimental and nothing would make sense at all, i will have to omit the .zsif Source File for a while, XD, this could be finished some days back, but the grid problem toke to much of my time.

btw, i tried to update my avatar, but the old one appears bigger while the new uploaded from my PC is anywhere else but replacing the old avatar!

Hey thats great.Try modeling a head front,left side and right side. Been working on this idea myself for a character named Figgy.

and some screen shots 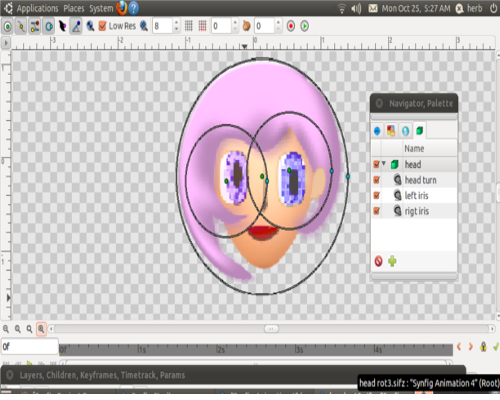 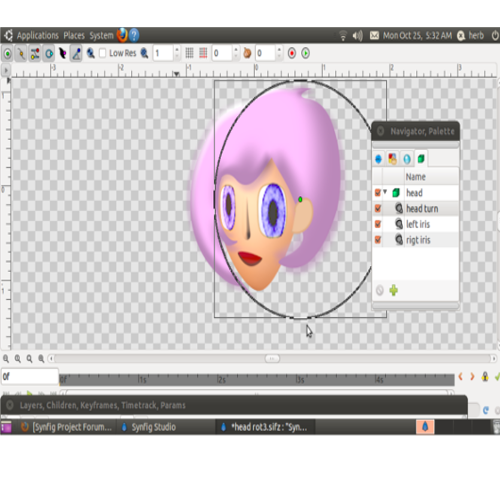 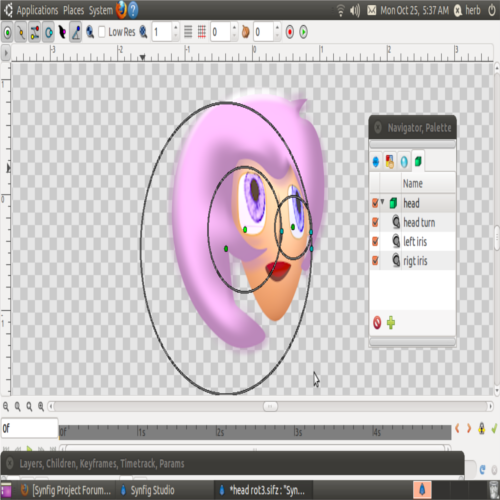 Cool, H13N. Nicely done!
Maybe you could add some depth to the nose. That together with the hair should make it less flat.