Rotation of a rectangle

So I’ve watched a tutorial on Synfig and tried to animate something myself. I’m simply trying to draw a bicycle with simple circles and rectangles to animate it later.

The problem is, that I can not rotate any rectangle I’ve drawn. I’ve tried a rectangle region, a rectangle, a group of rectangles. Every time I pick one of the corners it does some transformation, no rotation possible.

I’ve tried googling the problem and someone with the same problem got “that’s a known problem” as an answer. The wiki page is also not overly helpful.

The fact I made this account just to ask a question as simple as this is a bit embarrasing, but how does anyone use this tool?

PS: I would also like to define absolute positions of objects, but googling tells me that’s not a possibility at all?

For now, there are two ways to do it AFAIK:

Or simply the solution indicated in the first post: the Group Layer, which is a central concept in Synfig’s philosophy.

About absolute positions, Synfig is only relative (and vectorial in nature), based on Synfig’s units (60px), canvas size, ratio…
Check Canvas properties (F8) to have a better idea

I’ve tried grouping layers, but this did not help and is honestly just a workaround. I don’t know what Synfig’s philosophy is and where it is written down, but this sounds like a “it has always been like this, so we’re not going to change it” reasoning. Please rethink your development around this, I’m not the only user complaining about this, it is counter-intuitive and scares people away.

I’ve checked the canvas properties as I was told this is the first thing to change when creating a new animation.

Like the last poster said, I also don’t want to be negative about this, but please at least think about it.

The answer has already been stated, but here are some tutorials that may assist you:

HOW TO SPIN AN OBJECT IN SYNFIG : 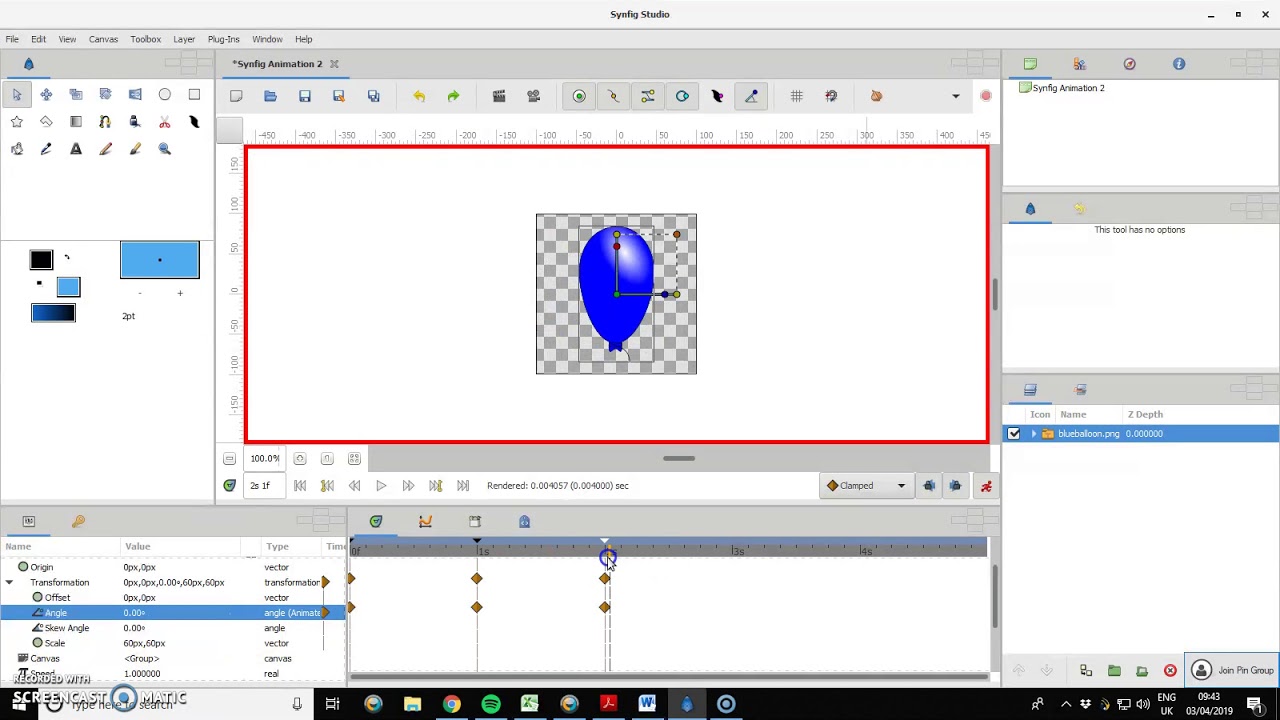 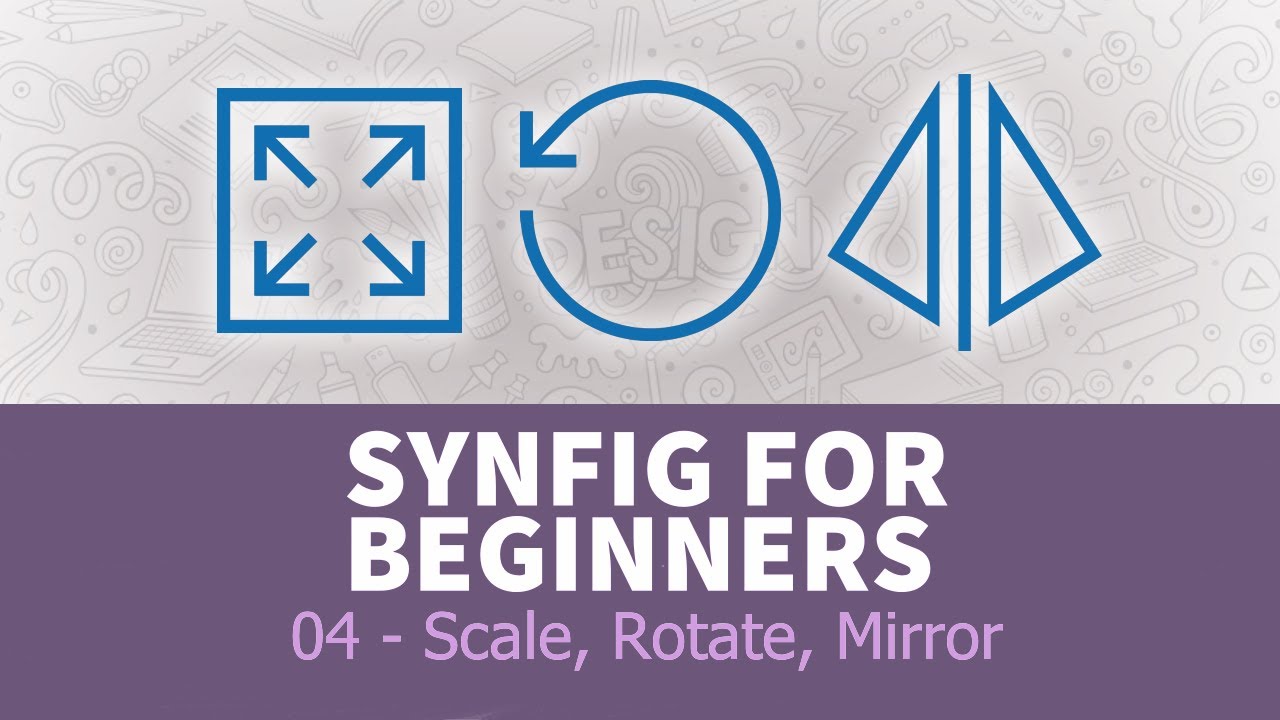 Just be patient, there’s no doubt that Synfig is unique when compared to other 2d animation programs but every software has it’s differences. I understand your frustration but just take your tme. There are a lot of ways to rotate an object.

Thanks for linking the tutorials, but the first video you’ve linked it for rotation in the animation not the object itself.

The second video only works with the star and not with a rectangle, I’ve tried it already before writing this post.
That’s why I’ve linked the thread where they specifically talk about the rectangle, as it, due to some reason unknown to me, is harder to rotate.

I understand now. Ok here’s what you do.

When you get to step 2, you will not have to hold down the ‘ctrl’ key as there is a new control point that is GREY in colour just left click on that and drag it onto the rectangle, then use the blue control point to rotate

The second video does work with rectangle region (in fact, any region/outline) but not rectangle shape.
Anyway, it’s indeed confusing for any Synfig newbie.

I’ve tried grouping layers, but this did not help and is honestly just a workaround.

Animations are based on composition of layers. Even with bitmap animation software.
Hierarchy is the base of everything, the Origin of a Layer is used for rotation, translation or mirroring for example.
What about Blending mode?

Initialy, its purpose was to produce vectorial animations from what was available on Linux as graphics and GUI libs: GTK, Cairo…
SIF format is based on XML and is tighly coupled with the GUI and the definition of the primitives in source code (a rectangle is defined by top-left / bottom-right coordinates since the age of BASIC)
Only afterwards have been added functions with bitmaps (which are, in nature, absolute)

this sounds like a “it has always been like this, so we’re not going to change it” reasoning. Please rethink your development around this, I’m not the only user complaining about this, it is counter-intuitive and scares people away.

I agree, there are some “strange” things but it has never been a problem for about 20 years.
Sure it would be easier sometimes not to use logarithmic values for Scale layer or negative value for mirroring…

As Synfig is vectorial and relative, we change the size of the canvas without changing some ratio.
It is the same purpose as the 160dp for Android (https://en.wikipedia.org/wiki/Device-independent_pixel)

I also don’t want to be negative about this, but please at least think about it.

I’m not the developer of Synfig, lots of things are changing accross versions and making artworks sometimes upwards incompatible.
No doubt it will become more user-friendly with time but it never prevented creators to produce great artworks.
Just look at Work in progress and Finished works to be sure of it