I’ve just released one of my seasonal orchestral tracks on YouTube and utilised my ‘Vector Owl’ character to bookend the essentially fairly static visuals. Of interest to some people might be the use of Shotcut version 22.11.25 and its Chroma Key Advanced filter. After rendering my owl out of Synfig as a standard avi file it left a plain background. The resultant plain background was then ‘keyed out’ using this filter to sit him against the seasonal background. I thought it worth demonstrating the combo of Synfig and Shotcut, they seem to make a good ‘open source’ team. The advanced chroma key filter might be just what some pepole are looking for in their creations.

Well it’s not often you bring together three hobbies into one, but that’s what I’ve done with my new video now on YouTube.

Towards the end of last year I composed an orchestral piece entitled ‘A Yuletide Dream’ and I wanted to start getting some of my music up onto YouTube, essentially a video platform. To make it a bit more visually appealing I decided to get my animated character ‘Vector Owl’ to book-end the static imagery as the track was playing. So in the end it’s a combo of music creation and composition, animation and finally video creation.

So here it is … Vector Owl presents ‘A Yuletide Dream’ 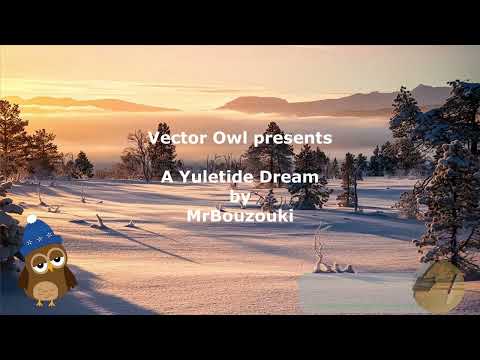 Nice composition.
I would personally add some more effects to it like falling snow using Noise Gradient or particle template maybe.

Oooooo that’s an interesting idea. I hadn’t thought of that. I’m still discovering possibilities with Synfig. Shotcut too, the synergy of doing things in Synfig and topped off in another program is no bad thing IMHO.