The priority of this month is SOUND SUPPORT and with this report I would like to present the first results.

For the last week our hired developer Ivan Mahonin worked to bring fully-synchronized “JACK Transport” into Synfig. The “JACK Transport” feature makes possible to have a synced timeline with professional DAWs (like Ardour) and use them with Synfig as if it were a single application. This work was started by by Cillian de Róiste and continued by Ivan.

At the moment Ivan have finished the full synchronization for canvas.
You can see the demonstration in this video - http://www.youtube.com/watch?v=NHFOyz2WjoA

The code is available here - github.com/blackwarthog/synfig/ … -transport
We still need to add the same JACK integration for Preview Window and also make the JACK support conditional.

Our Windows users will be happy to know that we have fixed the nasty bug, which prevented file saving in Synfig. The bug was known to appear at Windows 7 and Windows 8 and described here - synfig.org/issues/thebuggeni … issues/572

For users of version 0.64.1 we are publishing a special builds here:

For the 0.64.1 builds above I also have backported the infamous “Aligned timetrack” fix (bug #161). I believe that will be much acclaimed by our users.

In fact we have already quite a few critical fixes collected for 0.64.1 version. That makes me think about making a bugfix release numbered as 0.64.2. At the end, there are still a lot of people who rely on 0.64.x branch.

Last week we’ve got a new fundraising campaign launched. We have revamped the system of rewards and the whole campaign page… Also, as part of the campaign we are launching a “Two-dollar sprint” and everyone is invited to join!
Please check the details here - viewtopic.php?f=34&t=5315

That’s all news. Stay tuned till the next report! 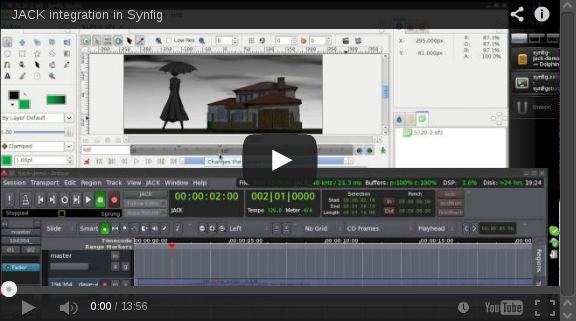 this is AMAZING, I didn’t know what exactly “jack” was in the last development report, that opens the gate for more advanced sound editing rather than reinventing the wheel inside synfig.

Thanks for correcting the Save File function.

Now, there is another problem: The “following a path” procedure doesn’t work on the last development

In other topic in this forum, We talk with Genete about that. I haven’t posted a bug report, and haven’t seen if there is some similar because… lazyness, and didn’t have time. But I’ll check that.

Also, I wish you could take a look to the Text Tool. Last time I saw that, there wasn’t the posiblity to choose a font like in other programs… and the rendering of the text was slow.

From my point of view, I like how you (the team) are managing the Synfig project. And… I have to help, HAVE to help !.

here are some reports about this bad regression :

if you have another troubles, please report them!

I just want to mention that you can vote for issues in the bugtracker. That helps us to identify most wanted ones.