I am happy to present my weekly report #31, which is kindly sponsored by Carlos López González.

The big news: our fundraising campaign have successfully reached its goal! Even for me that turned to be a total (and awesome) surprise, because the situation really looked like hopeless and I was preparing to meet the fail.

In any case, the success of the campaign means that Ivan will keep working on Synfig in this month. Full-time development continued!

This time we also got “Choose Priority” reward claimed by the person, who identified himself as “Artemka”.
And his choice of priority is… 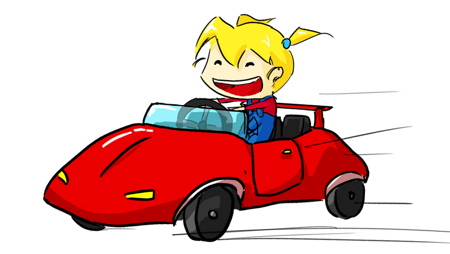 Of course this is a serious challenge and might take a significant time, but I’m sure its eagerly wanted by so many users. Let’s see how much we could achieve in this month!
We already have some ideas and a rough plan, but the main discussion/brainstorming is going to take place tomorrow. I would hold myself from making any announcements until that event.

Some words about the work done last week.

In the last days of February Ivan have put his efforts into improving the frame-by-frame animation features. We’ve got following changes landed:

You can see all those features demonstrated in this video: https://www.youtube.com/watch?v=Z5Bj2BzG36U

Also, we have started implementing the feature, which allows to automatically link complex splines to multiple bones. The decision if a shape vertex should be influenced by particular bone is defined by the bone influence range. Also, one vertex could be influenced by more than one bone. This is achieved by one more new convert type - “Weighted Average” (please don’t confuse with “Average” convert type, which was introduced in my weekly report #29).
Let me note that in some aspect this is a consequence of reorganizational work, that Ivan did in February.

Unfortunately, we didn’t managed to get this feature ready for demonstration in time.
You can get idea about the progress by watching commits in this branch - github.com/blackwarthog/synfig/ … -multilink

Meanwhile, Yu Chen continued his work on improving UI.
This time he have made some re-arrangements for toolbox widget and made it resizable.
ui3.png

That’s all my news for today. Stay tuned and let’s prepare to rock a new month!

Well that was a surprise. Looking forward to rendering speed improvements.

thank’s to all contributors that have made real another month of full time coding ! and my best wish to Ivan for the selected task.

little report of the actual brush tool status :
now you need mypaint installed (was not the case before), no more minimal brush support implemented as it was the case before. I have two ideas to suggest.

I was wondering if the Synfig spline tool could be improved. Simple changes. For example when you complete a spline it should not automatically fill the inside of the shape kinda like inkscape. The other problem is that Synfig automatically completes a shape if you don’t complete it.Last but not least why does Synfig have circle handles rather than square ones like in Inkscape?

…For example when you complete a spline it should not automatically fill the inside of the shape kinda like inkscape.

The other problem is that Synfig automatically completes a shape if you don’t complete it.

Does it? Not for me.

Last but not least why does Synfig have circle handles rather than square ones like in Inkscape?

Because no one likes to be a square. Dig the groove man.

Hi!
I like the circular handles in Synfig. If Synfig had any eps or svg output I would never touch Inkscape again and do all my vector artwork in Synfig instead. Besides, the last time I checked, the cusp nodes in Inkscape were square, but the cusp node handles were circular too and I always have problems selecting them, because I think they are to small. Anyway, who cares, lol.

Hi!
I like the circular handles in Synfig. If Synfig had any eps or svg output I would never touch Inkscape again and do all my vector artwork in Synfig instead.

It would be nice that if one works with only the features that are SVG compatible then it would be possible to save directly to SVG (static SVG that is). Maybe some kind of SVG mode, which warns the user about features that don’t play nice with SVG output.

Also note that features that don’t play nice with SVG output are also the ones which make Synfig slow (ie. pixel based operations). In SVG mode these operations would either be disallowed, or the vector equivalent be performed instead.

By the way Krita 2.8 is releaaed krita.org/item/220-krita-2-8-0-released and Synfig should so copy that interface. I really hope Yu Chen uses that as inspiration to improve the interface.