thanx jcome for quick response but I do not have “Panel” under file menu. see the screenshot attached for file menu and view menu. 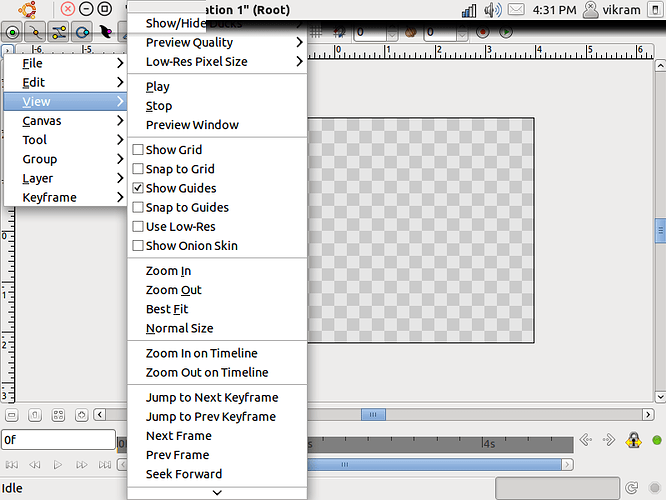 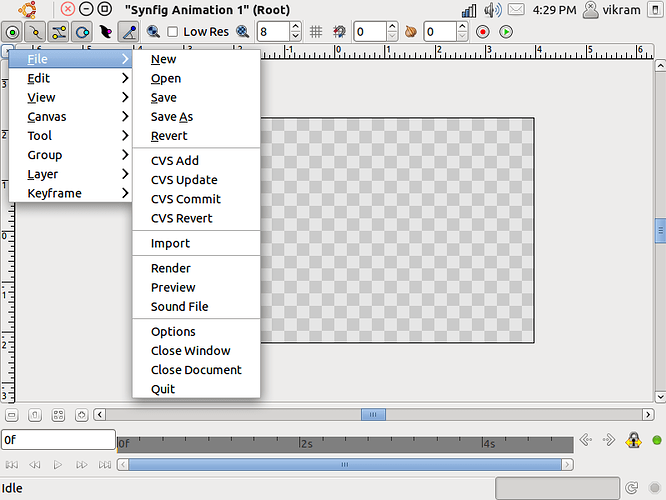 That’s the Canvas menu you get via the caret.

I think you want the Toolbox file menu in the toolbox window, the one that just says “Synfig Studio” in the title bar.

Sorry for the no-so-clear message (I hate mobile devices). Yes as DaveJ mentioned, you should go to ToolBox Menu to toggle the panel. take a look at the attached screenshot.

Btw, you can just click “Reset windows to Original Layout” when your windows getting clutter 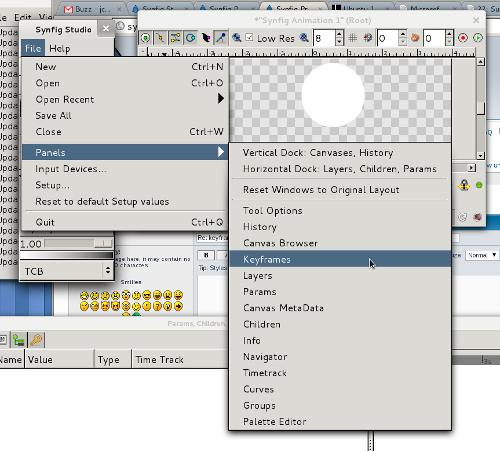 pls tell me which button will get me panels, the screenshot is attached. 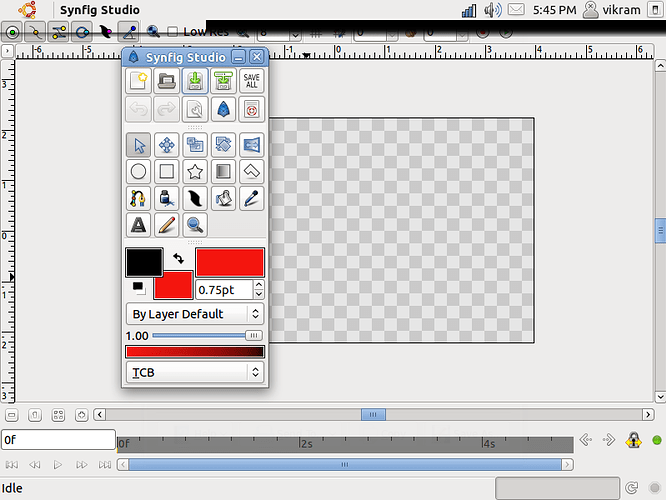 I do not get the menu shown in your screenshot

pls tell me which button will get me panels, the screenshot is attached.

Hi It seems we posted at the same time

Your issue dues to “Global Menu” of Ubuntu. I don’t know how to fix it since I don’t have Ubuntu system at the moment.

Maybe you can try to disable the Global Menu to get back the toolbox.

When the toolbox window has focus, the words “Synfig Studio” appears at the top-left of the screen - I think you click that to get at the toolbox menu.

When the canvas window has focus you can’t get at the toolbox file menu.

Thank you so much for the help!!!

It was indeed the Ubuntu global menu problem.

Now, whenever I want to run synfig, I type the following command in the terminal window of Ubuntu to get all the windows having their menus attached to them,
UBUNTU_MENUPROXY= synfigstudio

the screen shot shows I get the panels now, 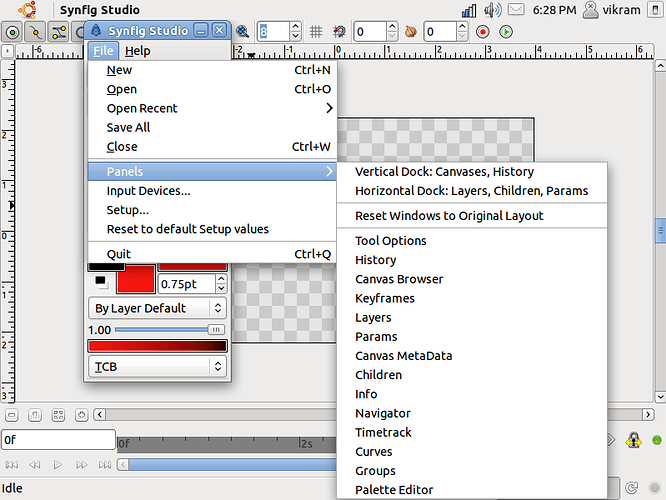 thanks for the help,

I didn’t look closely on the top bar, what you suggested is also correct.

Thankx for the help

good to hear that, enjoy your stay with Synfig Studio

Thankx for the help

My pleasure - I hope you have a lot of fun with Synfig!