I saw this plugin in After Effects called Joysticks and Sliders,

Basically, you create 5 extreme poses (normal, left, right, top, down) and the plugin will then create a controller with which you can move the head rig in any direction.

To understand, you can watch how it works.

I tried to understand, how come the plugin interpolates between two states. I worked on a script and it does what the plugin does.

The script, for now only works for origin and position. My plans are to extend its usage to do most of the interpolation (which is possible).

The script(plugin) is not yet useful for anyone right now, but I will work on that. So you can use it.

For those who want to know how it works,
First, you keyframe the 5 poses on 5 frames.
Then you will have 5 vectors that represent the position of the group/layer.
Now according to the controller (which is an exported value and is not connected to anything).

The current position of a group/layer is calculated by adding the vectors together and scaling the vector with respect to the controller from the center of the controller box. You can just look at the origin(offset from transformations for a group) and see the nested converter.

If you any ideas then you can suggest me. Also ask any doubts.

Wooow! This is like the master controller in Toon Boom Harmony.

A little update, I just checked out it on vertex transformations and it works fine, I think it will work fine for anything that is made up of vector.

I also want to know what are other primitive value nodes in Synfig,
For now, my script works for vector, real, angle.

I think I should start working on color now.

Tell me if I am missing something.

Can anybody explain to me how Synfig handles deleted vertices?
It creates a transition from both states but nothing is interpolating, Synfig does the transition itself.

@rodolforg @ice0 @BobSynfig
If you know, where the code for this is, will be helpful, (I will try to understand by myself)

I listed them here:
https://synfig-docs-dev--79.org.readthedocs.build/en/79/common/sif_file_format.html#value-elements

It isn’t in official synfig-docs-dev yet (PR wasn’t merged).

Can anybody explain to me how Synfig handles deleted vertices?

Do you mean animated vertex deletion? I think it’s something like on-off active points. I can’t recall right now, because I never dug it.

Do you mean animated vertex deletion?

I looked at sif file there are attributes on that vertex defining the on-off time for that vertex.

My question is when we animate a vertex deletion, Synfig creates a morph between the shape that has the vertex and the deleted vertex shape. This morph is generated automatically (I think this happens in Synfig CLI), without any control for the user. I wanted to know how the morph works so that I can somehow implement the same thing within my plugin which would then handle the deletion of vertices.

Here’s another demo I have made to show usage of the plugin. 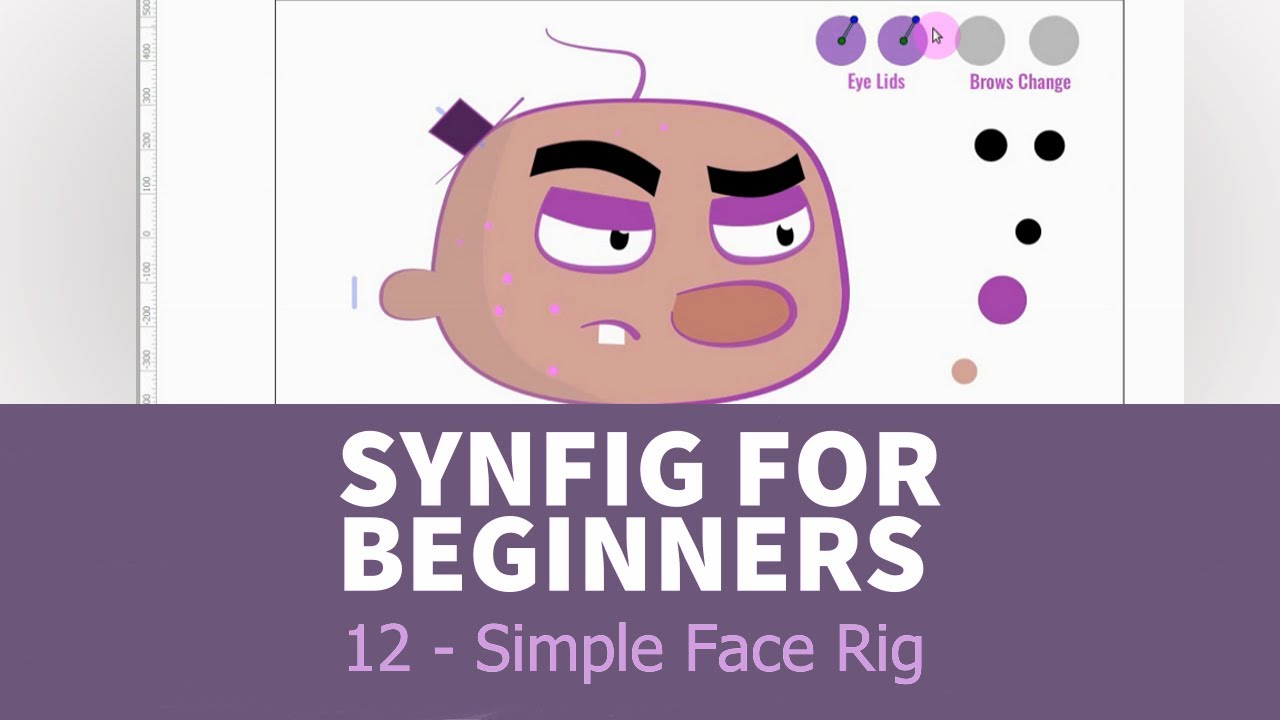 Hello every one, here is my plugin. Download the zip file and put it in the plugins directory for your operating system. Plugins — Synfig User Manual 1.4.0 documentation

To use the plugin,

Still need to develop:
Create controller for selective groups or layer.
Add slider feature
etc (suggest any ideas if you have)

If you found any problem or error with the plugin let me know. I will fix them as soon as possible.

For now it supports angle, real values, vector. This covers most of things

How about to submit PR to include this plugin into Synfig?

I think I should work more on this plugin more, like mentioned before.

Still need to develop:
Create a controller for selective groups or layers.
Add slider feature
etc (suggest any ideas if you have)

Also features to interpolate between different colors with the controller and other primitive types are still need to be done.

I will submit PR once I implement the above features and test it more.

I’m thinking of doing a tutorial on this plugin but I’m running some more tests first.

Edit: I checked it my self, yes it’s not working. I will fix it, thanks for reporting.

This is fixed, try it out.

Hi,
Thank you. It works fine now after the fix. I tested it with two controllers: one that controls a group and another that controls one shape of that same group. No problems. In combination with switch controls this plugin should provide some nice and very useful combinations.
Greetz.

Maybe you could have it use Z-Depth?