I am new to Synfig. Before I used Synfig I used Pencil but since Pencil could not import vector images (SVG) I decided to switch to Synfig because I was told that it would have no problem with importing SVG images (images that I had originally made in Pencil then vectorized in Inkscape and then was trying to import into Synfig). But after all of this I find that I am having the same problem with Synfig that I had with Pencil. I cannot import or open svg images, jpg images or anything really into Synfig. On the Inkscape forums I read that the problem might be do to formatting. So Synfig can open SVG images from Inkscape if they are SVG 1.0 but in the Inkscape formatting selector I am not finding this option there are only plain SVG and Inkcape SVG.
Has anyone else experienced this problem and resolved it?

Btw, I am running on a windows operating system.

Open the file at Inkscape and save it as “Plain SVG”. It should import into Synfig then.

Anyway, remember that for animation is not recommended to import SVG files rather than create them directly in Synfig. When you import a SVG file, the parser doesn’t think on import the shapes in a way that would be easy to animate them later. You have to reorder the imported SVG shapes to place them in a logic animation grouping structure. Also sometimes the hidden parts of the composition are not drawn in an static image, but later can be revealed during the animation… So IMHO it is mostly useful for backgrounds or static images rather than for animated characters for example.
-G

Synfig does allow importing SVG, to some degree, but the workflow is a bit strange. You need to make sure you’re using Synfig 0.62 before you begin.

To import SVGs, do the following:

Right now, I am working on improving the importer code. If you encounter any errors, please send me the SVG files so that I can look into the problem.

How do I convert not supported objects to paths in Inkscape?

How do I convert not supported objects to paths in Inkscape?

Select all relevant objects. Go to the Path menu and choose “Objects to Path”

I followed your instructions and saved the images in Inkscape as plain SVG. I then imported them into Synfig via the caret menu. I have attached a screenshot so you can see what it looks like after I have imported the image. As you can see there is not much image there except for the border and what I believe is a duck (which is what you call those toggling thingies here at synfig). I get the same results if I try importing in just regular Inkscape formatting and also in PNG.

I wanted to attach the file I was trying to import into Synfig but I guess svg images aren’t allowed? 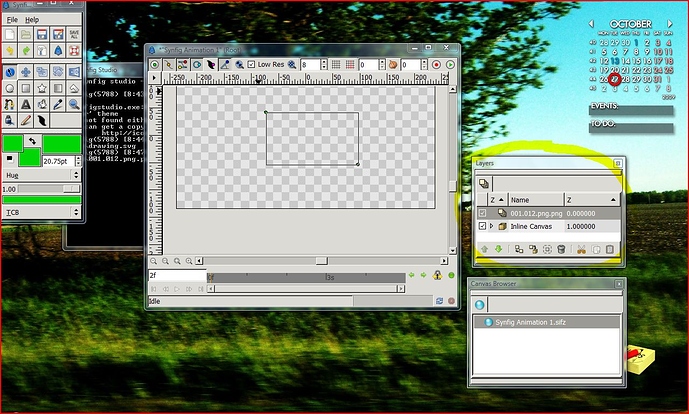 Since even PNG import is nonfunctional, I suspect you are having some issues relating to importing in general. For example, the fact that you see the ducks suggests that import should have happened. Some other users may have a better idea as to what is occurring.

In the meantime, could you do the following?

You can compress these three files into an archive (say .zip) to post them here. It should give me a better idea of what’s going on.

Have you noticed that you have the default blend method set to Hue in the Toolbox? That might cause to every new layer created or imported to be invisible because the background is transparent. Set it to Composite and try again.
-G 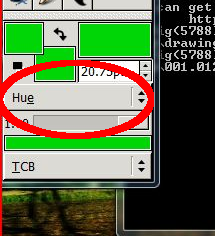 Have you noticed that you have the default blend method set to Hue in the Toolbox? That might cause to every new layer created or imported to be invisible because the background is transparent. Set it to Composite and try again.
-G

smacks face with hand Thanks, it worked.

I’m not sure if I’m out of line here by asking this but I have also noticed something about both Synfig and Inkscape which frustrates me. That is that they both close unexpectedly when I am working on something. This happens A-LOT. I’m not that experienced of a computer, or illustrator user and I have no idea what is causing this problem. I seriously don’t think it has anything to do with the copy because I uninstalled and reinstalled Inkscape and I still have the same problem so I am just assuming the same thing would happen with Synfig. I have gotten used to the possibility that importing something in both programs means that the session might be cut short prematurely.
In Inkscape I have also had issues with saving things in the same format and then having the image go blank. I’m sorry if I am rambling but I am just very frustrated because I have lost stuff that I worked very hard on this way.

Take a look at this thread - viewtopic.php?f=12&t=733
If you don’t use one of these, then yes, Synfig is very unstable.

Also the first svg I import is still always wrong, and then import it again works…

That is a known issue. It’s fixed in my working SVG branch (nikitakit_svg), but you’ll have to fetch and compile it for yourself.
Basically, relative coordinates (coordonnées relatives) aren’t read by the old version and commands must be repeated for each set of arguments (“imposer les commandes repetitives”).