HOOOooooo~ BOY! It took me well over 3 months (with additional months of break because of irl and college stuff).
which most of those three months were spent for resting/procrastinating, and learning how to draw stuff (like bench, trees, basically everything that you’ll see in the picture), coloring and shading, All From Scratch.

Also here it is, My Biggest Synfig Drawing Yet!
(which somehow, compared to my previous biggest drawing; -Blooming Memories- is only slighly bigger in terms of file size. weird… ._.?)

This time is another fan-art of one of my favorite anime character, Kanon Matsubara from BanG Dream!, ‘Sunny Day Smile’! 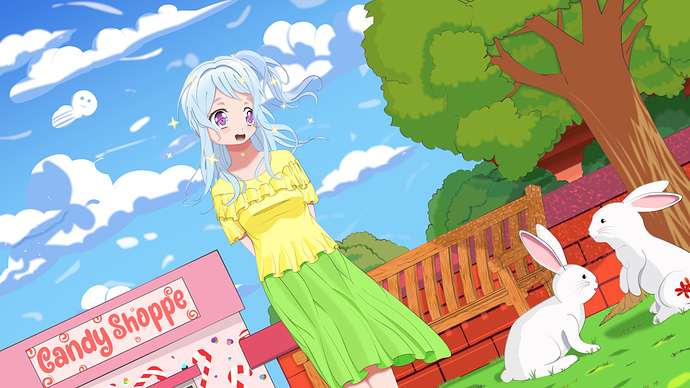 The drawing is much more elaborate and the layer tree within it is much, much, messier. And, its sifz file’s size clocks on almost 3.6 MB, which is quite ridiculous.

This is because i was trying to get that well detailed anime look (especially on the background), which means i’m using lots and lots of regions and coloring & shading tricks (mostly with feathered regions and masking) to help me achieve that.

Well, sure some parts within it is still inconsistent. Most noticeably are the parts that got shaded by tree, where the wall and bench has that leafy shade patterns but not the bushes or the trees.
But i was doing this to test new coloring tricks and experimenting new things. Also this was not planned very well (meaning that the sketch and the concept wasn’t even 100% done yet when i decided to start drawing it), yep… ._.;
And, if i want to do the rest of those leafy patterns, even with a proper coloring concepts at hand, it would still take me up to 1 week (or maybe a little more) to get them just right.
To sum it up, it’s not really worth it as of now, but maybe i’ll polish them another time.

Yes, this was a very bonkers thing to do. And yes, the final result is still not perfect.
But, I think it was great enough to the point I can say, this is a huge improvement compared to my previous big artwork (which was ‘Blooming Memories’ of course) ^O^

Note:
btw, the shop sign name wasn’t drawn by vector. It was made with a font called ‘Sweety Rasty’, which you can find right here:
https://www.dafont.com/sweety-rasty.font

Amazing work on colors and perspective!
I would say that “leafy pattern” should be bigger. It feels that shadow is cast by some type of seeds rather than leaves.

Thanks alot Svarov, I really appreciate it!

I would say that “leafy pattern” should be bigger. It feels that shadow is cast by some type of seeds rather than leaves

oh yeah, it is! Now that you mentioned it, they do kinda look a bit more like seeds rather than leaves.
Sure, i’ll note it down and get it done when i come back to this again at some point

I’ve made a quick showcase video of this drawing.
Unfortunately it may be not as informative as my previous ones in terms of explaining how I drew it (basically it’s the same as my previous works, so i just did a quick recap on them), but I did take a bit deeper look into the new ones; including the complicated detailing stuff.

Also I stuttered alot in this video (as usual) ._. 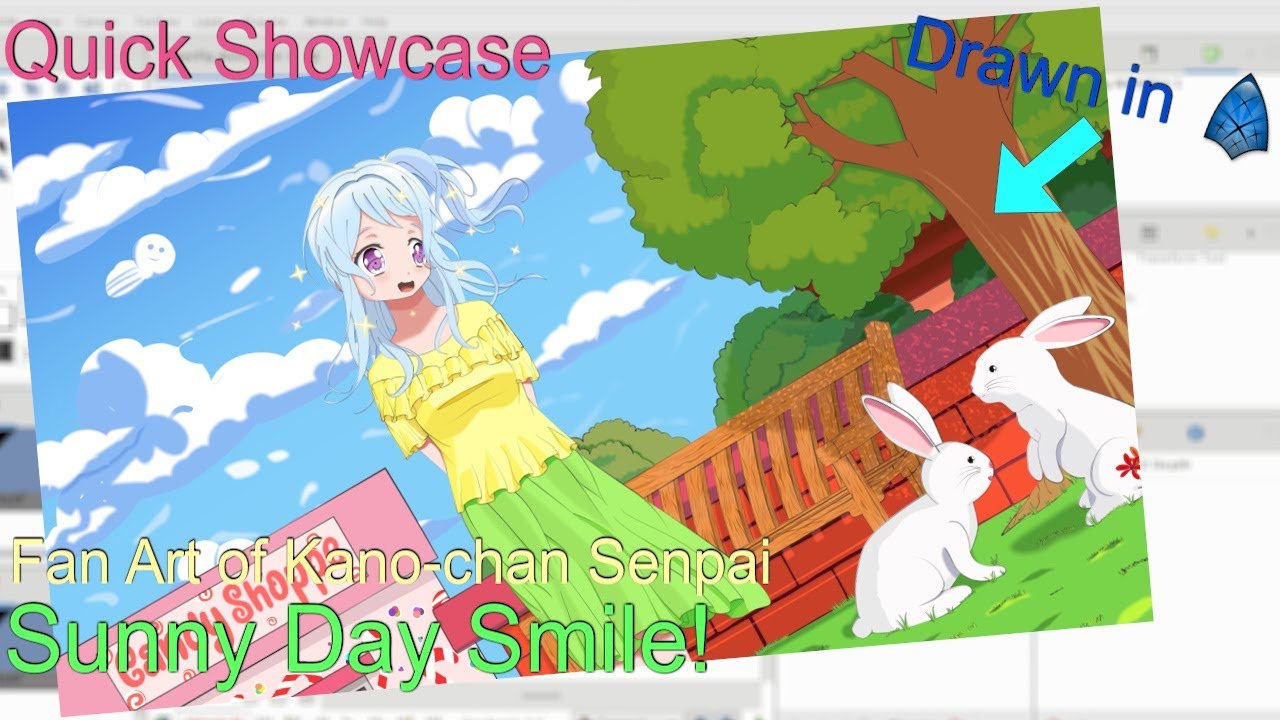