I used to do what is told here: https://wiki.synfig.org/Doc:Svg2synfig

I had just hoped that, as well as fixing a hanging executable, .svg files would be interpreted and imported now, not just ignored? Parsing to .sif through Inkscape is all very well but not having to is better. The first few times of hacking open a .sifz file to insert stuff was fun too, but a pain in the butt after the first few goes.

Synfig under Windoze so makes you learn the meaning of hope and the reality of workarounds. SOOOOOO many workarounds.
No, I can’t go Linux at home right now. Shared computer getting tight on space so partitioning the drive is difficult and who wants the kids getting jammy little fingers into grub? When I get time I’m working on a USB stick to boot to Linux and all the good open source software like Gimp and Blender and so on - like Iro OS but that works on my home PC - but busy busy busy you know?

Ah well at least there’s a showstopper bug all fixed and that’s a real plus. You go Artem!

The first few times of hacking open a .sifz file to insert stuff was fun too, but a pain in the butt after the first few goes.

If you are talking about inserting the .svg’s .sif into your project’s .sifz, you can try my Copy Layers utility: https://alfonsonishikawa.bitbucket.io/synfigtools/

I developed it when working with Synfig 1.3.6, but with simple projects I guess would work. The process is:

If you have any problem or the application doesn’t work with a given project+sifz, you can open a ticket and upload the failing files at https://bitbucket.org/alfonsonishikawa/synfigtools/issues
(and thanks in advance for helping to improve the tool!)

Really I opened things up to get some vectors in there , but I would love to see what you’ve done and I shall check it out. than kyou for sharing

I love the way Synfig is supposed to work! Bring it on. 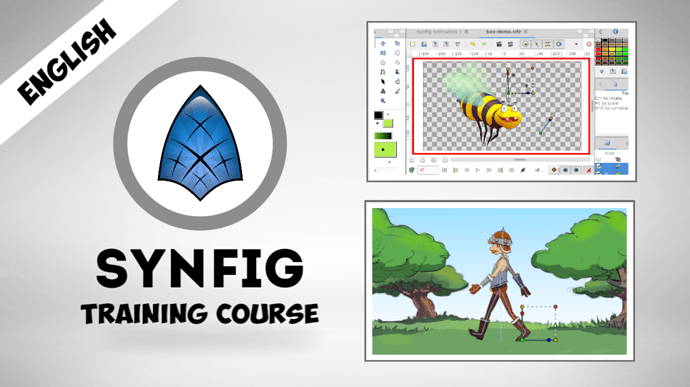 How to create animation in Synfig (3rd edition)

In this course you will learn how to create 2D animation using Synfig. Synfig is a free and open-source software available for Windows, Linux and Mac OSX. Do you want to create your own animated movie? Or just animated postcard? Or animation for a...

But once I stumbled upon your same issue wanting to insert a layer completely, and editing the XML is a hassle.

Edited: Just for one dolar!