Is it possible to do shaped gradient in Synfig?
Using the radial gradient as example, having the gradient go from a center point and then out but instead of a fixed circle having the outer boundary as an animatable shape.
I’ve put together a quick mockup of what I mean;

If not directly by gradients, are there any other way to archieve shapes graded this way in Synfig?

Alright, feel a bit embarrassed for asking and finding out a little while later when playing around in Synfig that curve gradients are exactly what I’m after…
Now, how so I easily switch direction of the gradient? (probably will stumble on the solution in a couple of minutes…) 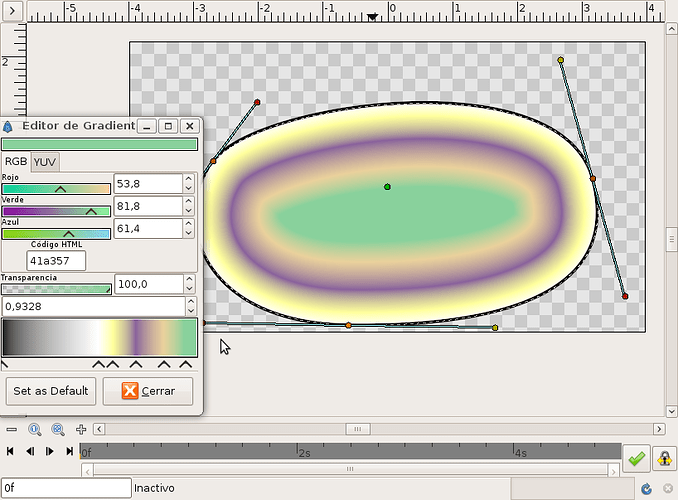 To achieve a smooth gradient you can do some tricks using radial gradient like your example.

The construction would be similar to your example but the center of the radial gradient and its radius can be a mathematical formula of the surrounding vertices.

I’ll show you with an example:
average-gradient.sifz (1.09 KB)

I hope it fills your requirements and welcome to Synfig

(Tell me if you can open the file and if you understand what I did.)

It looks like Synfig will help me do something I’ve been trying to archieve for months now with all methods i could think of.
I’ll hold the “hurrah” just for now 'til I see how everything turns out.