Here’s a little something I’ve been working on I thought I’d share, to show what Synfig can do:
saorsa.tk/airplay/dial3prv.mpg

There’s a few artefacts in the renders unfortunately

Looks good!
I don’t see any artifact besides the pixelation due to the mpg encode. I highly recommend to use the technique described here:
synfig.org/How_do_I#Render_to_AV … quality.3F

Thanks for the feedback, much appreciated… I’ve been drawing up some more of it

@Genete
The link looks like it could be useful, cheers.
Actually, I rendered it as a series of large png images and put them together in Blender’s compositor (which is also how I did the fade in from black)
The artefacts I was referring to are: in the background there is a blurred silhouette of the window against the wall (supposed to be from a streetlight outside). The blurry edges under the warp layer don’t render very well. Also along the left edge of the main character, some black and white spots appear on certain frames. I think this may have something to do with a bevel layer that I put over him. Anyway, I don’t think it’s that noticeable
As for the mpeg artefacts (as well as the artefacts in the attached image), yeh, I encoded it at a 1150 sample rate to make it quicker for people to download 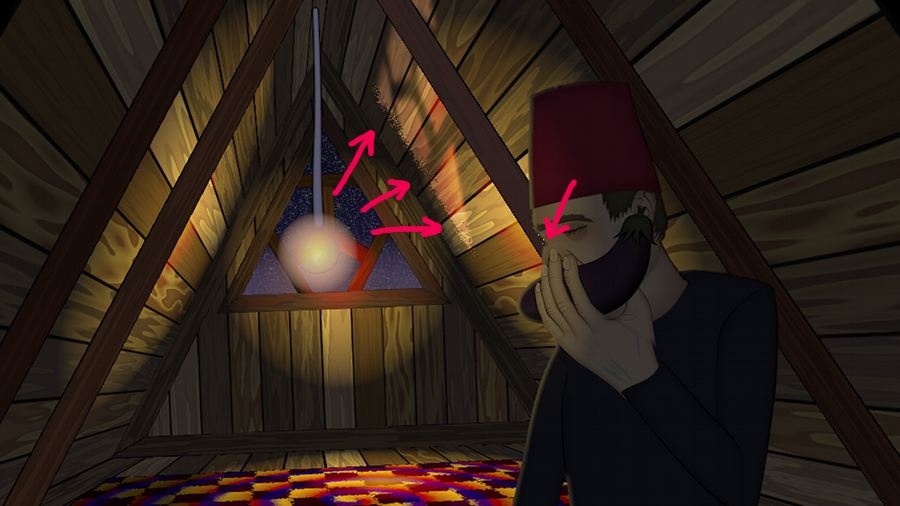 Does applying a supersample layer help with the dithering on the window?

Yeah, that’s great! Kind of reminds me of a more colorful “Waltz with Bashir.”

The supersample made it worse, as well as taking ages to render - thanks all the same
I fixed it another way, put the blur layer over the warp layer (now why didn’t I think of that in the first place?)

I’m taking a break from animating for a while, and going to tropical queensland for a few months : )
I thought I’d leave an update on this little project:
saorsa.tk/airplay/dial3.mpg

Wow! you certainly have caught the Synfig tuning!!! I vote to include this one into the next synfig demo reel! (if you agree on that of course)
-G

Cool! Good to see such a well developed Synfig project!

Awesome! Borderline NSFW depending on where you work…
Can’t see where Blender finishes and Synfig starts (or vice versa). It’s seamless.
Nice job.

cheers
@pixelgeek, I’m flattered… I doubt anyone at my work would care less. The graphics are all synfig, I only used blender for its compositor
@genete, feel free to use it for any synfig demonstration you like (though I can’t give permission to use the music)

The graphics are all synfig

In that case I’m even more impressed!