OPEN CALL FOR ENTRIES!
FLANIMATION FILM FEST is Florida’s newest and coolest animated film festival. We strive to show the best original animated films by artists from our fair peninsula and around the world!

This will be an incredible opportunity to see some of the brightest up and coming animators in the world and the work they are producing. The festival will be screening a diverse selection of animation throughout the festival, from short films, music videos to new TV pilots!

The festival will follow Covid protocols, and will take place August 20-21 in the sunshine city of Jacksonville, Florida. CASH PRIZE will be awarded to Best In Show and Audience Favorite! You do not have to live in Jacksonville to be considered for the cash prize, so submit today!

FLANIMATION FILM FEST is Florida’s newest and coolest animated film festival.
We strive to show the best original animated films by artists from our fair peninsula and around the world!
(…)
The festival will follow Covid protocols, and will take place August 20-21

Hummm… For sure it is new… Promising

(From the site you can have the address, you have information and photos of the place here )

“A cash prize”: 1 million dollars or 1 buck? At least enough to cover the entry fee I hope

The selected and awarded movies promotional material will be announced and viewable in our site (https://flanimation.com) and in our social media pages. 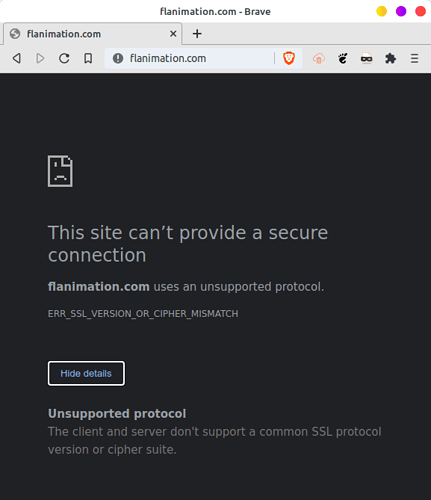 Sorry but it looks more like a Vanity Award than a genuine attempt of promotion of Animation Festival!

A vanity award is an award in which the recipient purchases the award and/or marketing services to give the false appearance of a legitimate honor. Pitches for Who's Who-type publications (see vanity press), biographies or nominations for awards or special memberships can have a catch to them in which the honoree is required to pay for recognition. The vanity award phenomenon among book awards was noted in a Salon article by Laura Miller in 2009. Vanity book awards are characterized by dozens o...

And for the public, the tickets price ranges from $10 to $40 (Tickets for FLANIMATION FILM FEST - FilmFreeway)

I understand that everyone has the right to organize events in a commercial goal but please respect the creators and don’t use scammers techniques.

See for example “Synfig Studio 2D Animation Hackathon” (https://hackathon.fossee.in/synfig)
which was FAIR and for FREE