say high to Figgy shes the character i have been working on. She started out as a leg I posted some time ago and grew into this young lady. 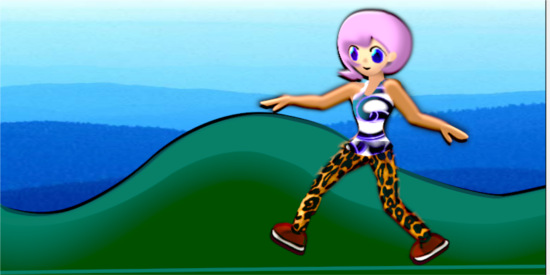 She has fully pose-able limbs and a 2 and 1/2D spherically rotate-able head and eyes using sphereize as a rotation wijget. The head and hair was partly modeled in the sphere.Rotating and modeling the two side views.
imported images are used as textures on the legs and dress. Bevel and shade are used throughout Figgy to give her a sense of roundness. Also note how the arms and torso blend into seemingly one contiguous region. 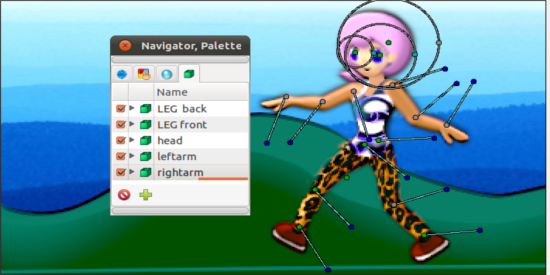 The reason I created Figgy was to learn as much about SynFig as I could. Animation is next on my agenda.
along the way i developed another reason. This is exactly the kind of Figure as a new user may be looking for as an Introduction to Synfig. So my suggestion is To use Figgy as away to promote Synfig with the next upcoming release. So what do you think a good idea?

It is an interesting proof of concept. To be used by the community for something you should release it under some license or release it for free.
Also, include some textures in a zip file would make it better than send it naked

For may taste she has so many special effects layers that makes the usage quite difficult. If she were a bit simpler it wold be more interesting for newbies in my honest opinion.

It is cool how you have solved the joints for the cutout style.
Good work!!!
-G

Sorry about that heres the texture file.
figgy textures.zip (250 KB)
can textures be included in the figure?
will look into releasing under a creative commons license for any purpose other than commercial use.
any suggestions?

Figgy would give new users an goal to shoot for and also proof that Synfig is as good if not better than other
2d vector animation programs.By studying how Figgy is constructed new users could quickly pick up how to create their own figures.

Whatever open license is good enough. Just write it in the file or post.
-G