Hi, I am pretty new to all things graphic and animated and I decided to learn synfig a bit. I’ve traced some images to get actors and I’ve found is not that terrible when you understand how things work in synfig.

That last thingie I did was Twilight from My Little Pony. I thought that I’d make the cutie mark (symbol on the flank) using a couple of Star objects, bend it using Curve Warp and then add some perspective using plain old Warp. This worked fine, but the result does not seem to be antialiased or something. I am attaching a screenshot of the combo so that you can get the idea.

Am I doing something wrong or is it a bug? 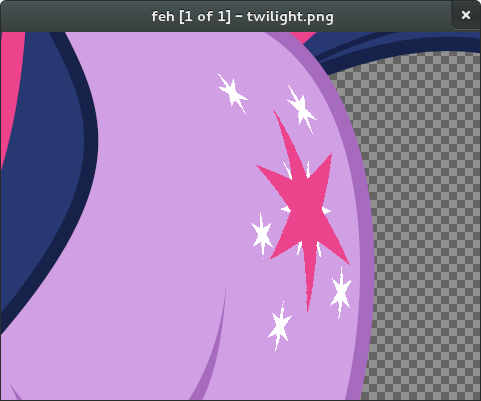 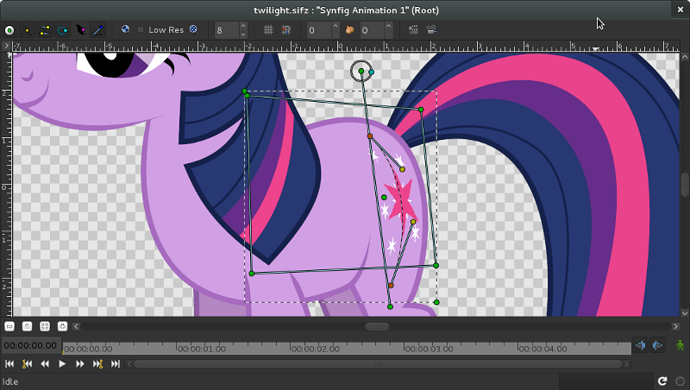 How does it actually render? If it still looks rough when rendered, you can add a supersample layer over it before rendering.

First thing I did, sorry I did not mention that.

How does it actually render? If it still looks rough when rendered, you can add a supersample layer over it before rendering.

Thanks a bunch, it really helped. It still feel a little hacky, though. I know that somewhere below is a stretched sawtooth image.

Well, thanks again. Back to learning how hair reacts to head movement.