Bug in "Tweening" or User Error?

I am new to Synfig, and just learning, but have been running into a bizillion weird animation issues.

The following typifies the type of problem I always seem to be having.

In the example below, I have no keyframes. I started with a single start object, which had 3 waypoints (I think they were at 0s, 2s and 4s).

I did a “duplicate layer” on the star - which means now I have two identical ones. I tweaked the position of the last waypoint (4s) mark, so that they are at different positions.

However, I am seeing the starts aligned at T=0s, and at T=2s - however in between these two points, they are at different positions. This is both indicated visually (by seeing the two starts, very close to each other) - and by comparing the two “origin” values of each.

So my questions are: 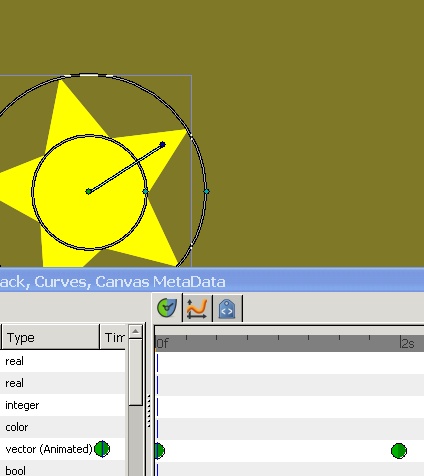 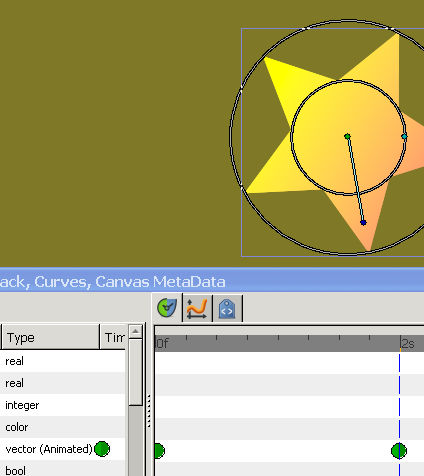 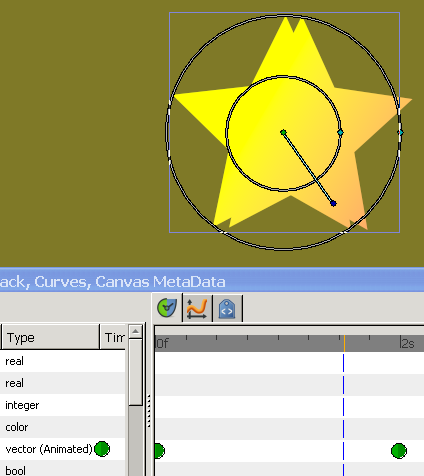 I did figure out my problem. (And it was pilot error).

Since these two objects used a different origins for the waypoint a T=4, a standard TCB ease made it so the shape of the curve on both sides of the T=2 waypoint were also different.

Changing to “In” side of ease on the waypoint, which uses data from only before the waypoint (which is identical in both cases) - fixed the issue.

Welcome bkgoodman,
luckily you have figured it out by your self.
-G