So first character preview for an animation I’m calling “Nekrogyst”. Name is “Nine” for many reasons with a serious and quiet nature along with his hybrid weapon “Nosferatu”. Also I’ll be trying to up the “graphics” on all the characters so later previews may come out better.
P.S.: Finalizing story and polishing small bits so the animation should be pieced together soon. 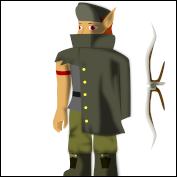 Second character preview as her name is Ialla, sister to “Nine” who is more lively than her brother. Though she is playful at times she becomes caring and highly concerned with others. Also yes she does bite. 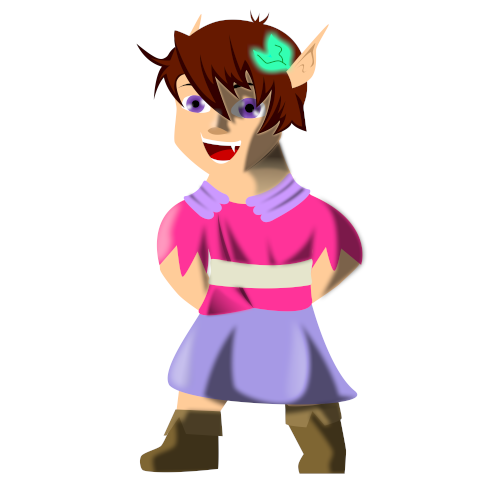 Did all the art is done with synfig ?
Please, be free to explain/share your experience.

Hi!
Nice work! I like the first character. Very mysterious. Second character is cool too, but I don’t like the pink outline on the hair when it covers the shade of the face.
Greetz!

Lol, I was experimenting with Ialla, but the outlines on the hair is a technique commonly used in anime with chibi, etc. (also they’re all BLine regions, I removed all BLine outlines). For Djay though yes, everything was done in synfig, but what I learned in previous posts from completed works, synfig is a lot more powerful and probably can outperform industry level works. Trying to achieve that may set the animation back due to the massive amount of time required to achieve the details. Usually work will be slow, but once I master it I might make some tutorials if I can.

Also failed to mention of my second project, “PlayBox U”. A bunch of shorts consisting of my friends from xbox in different games. I should have one or two done at least by the end of this month. 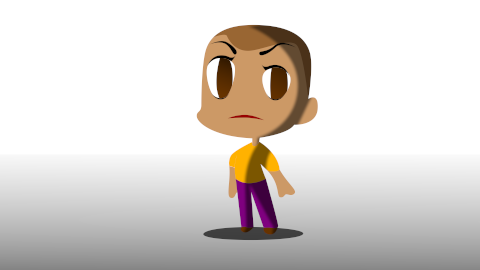 After changing some stories around I’m finally reorganized and ready to go! Nekrogeist should be a simple short and so far with the first scene…hopefully it’ll give some ideas for others. 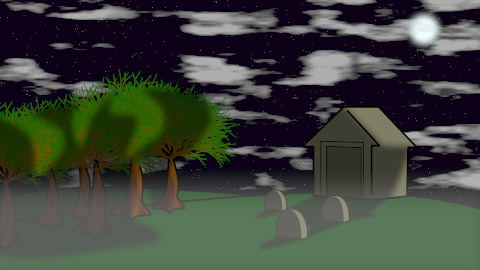 Background image for character image for a friend. Still haven’t figured out how to add shadows effectively. 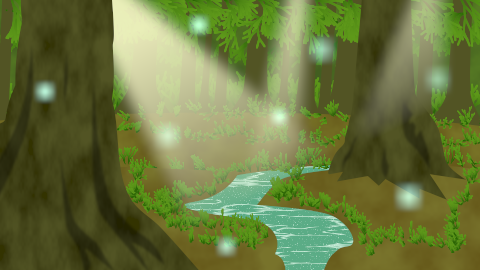 Still haven’t figured out how to add shadows effectively.

can you explain what do you expect has “effective shadows” ?

The attachment you have is a basic shadowing and simple to do (despite me forgetting to input it into a scene sometimes >.>) The shadowing I’m referring to is more about lighting similar to 3D modeling where a light hits an object and creates shadows as well as bounce off of other objects. Applying what a computer does to this is difficult to imagine at times such as the pic as there are multiple light sources. The ground and trees for example either have basic or no shadowing applied making them seem more bland than a part of the scene.

thanks d.j.a.y for tutorial, that was helpful to me as well

Still haven’t figured out how to add shadows effectively.

You have several lightsources. That can be tricky unless you have a 3d brain that thinks like Blender, lol. You can make an overlay of the tree in the foreground so that it distinguishes itself from the background. Ask yourself if the trees give shadows on the ground and onto other trees. The leaves can give shadows too and the water probably can reflect some things. It is maybe easier to just have one of two focused rays. Just experiment and have fun. If you really want to go hardcore then you can try and make a low poly mock up of the scene in Blender and look at the lighting and try to recreate it in synfig.

Its been awhile and so much has changed! So just giving an image of what I’m working on currently as I try to complete the animation within the next two days and cheers to the newer animators as well to the new year! 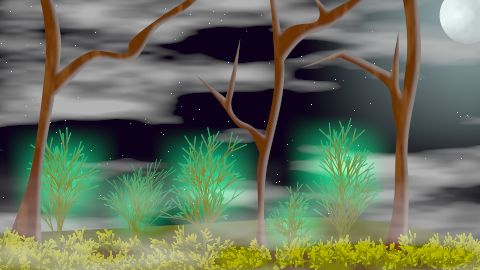