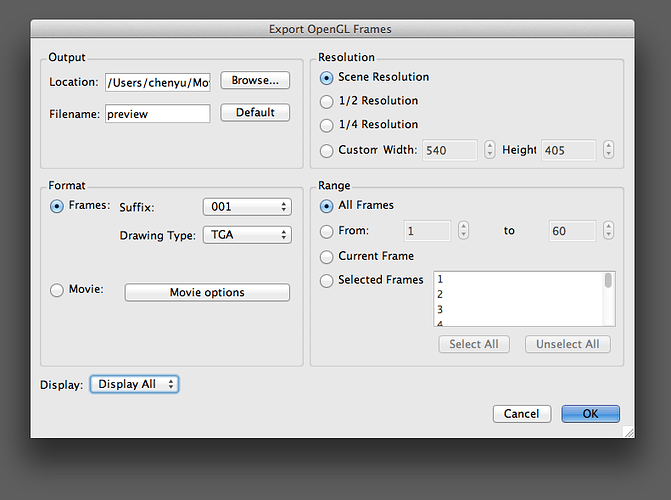 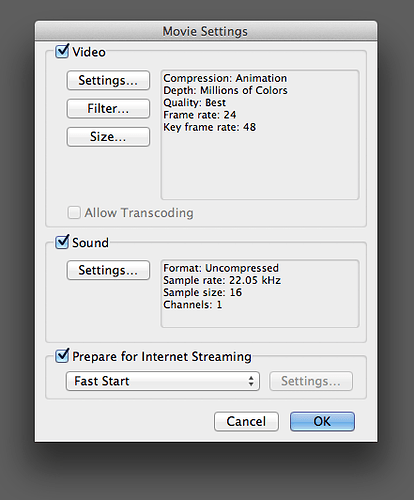 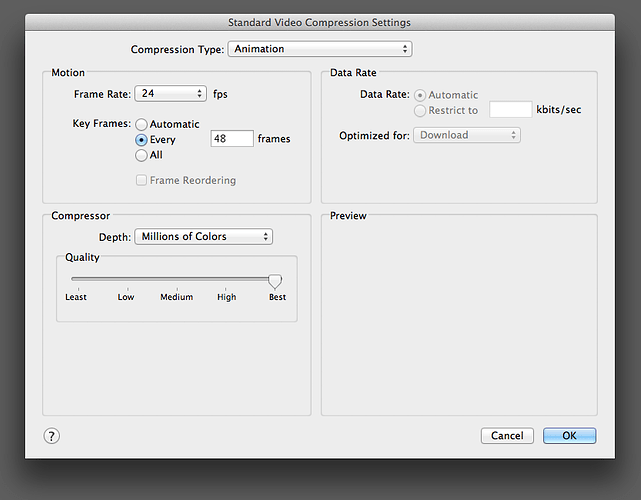 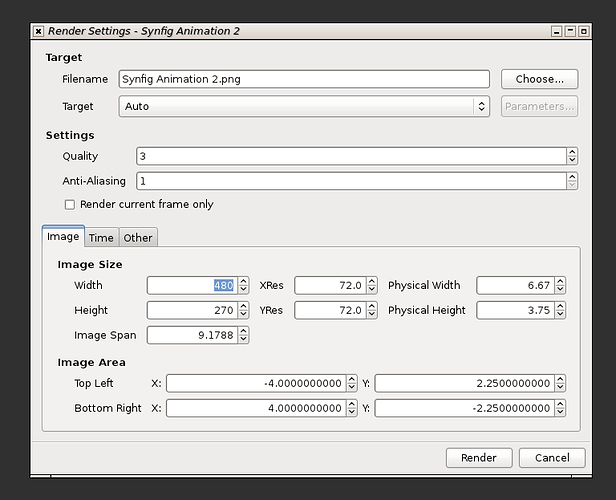 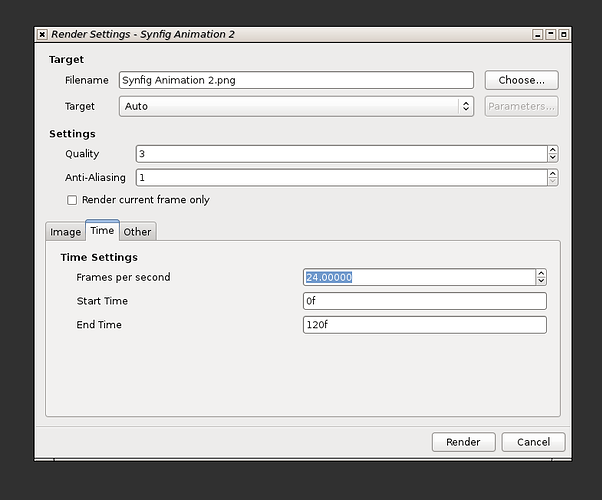 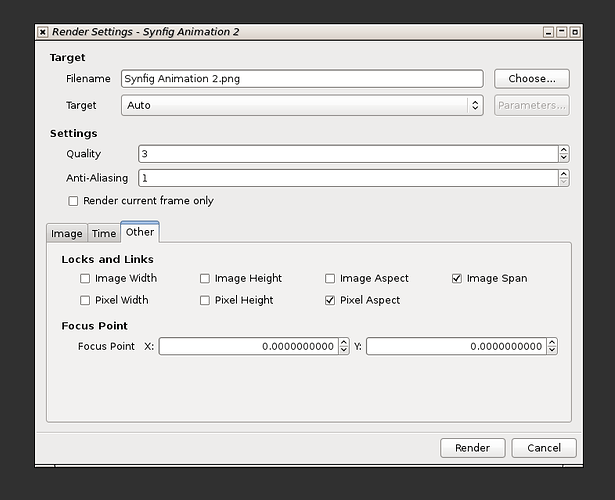 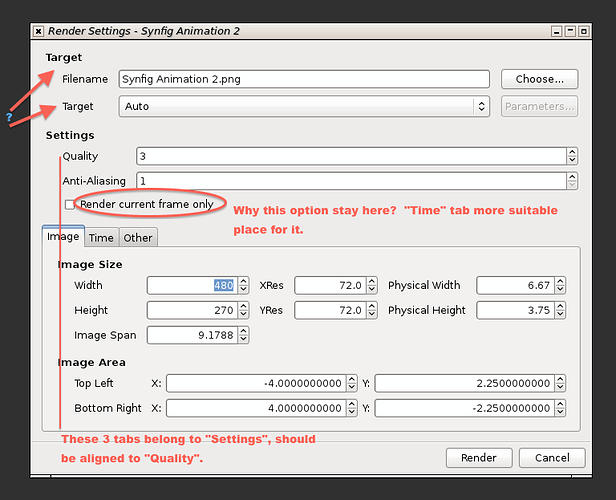 The “Render current frame only” is there because it is a very common operation, so the user should be able to access to it quickly.

I would add the extremely long entries for the x and y values of the image area.

Synfig lack in displaying rendering information, it’s not a news.
And more annoying, has nothing is blocked when rendering, it’s easy to affect current rendering, or just lost rendering progress informations from status bar.

This will not change the “feature” of being able to affect the current render but give the opportunity to give direct informations about rendering.

i have a lot of ideas regarding renderer but can not manage my time to write it down. in fact, there is discussion about preview dialog, introducing a rendering icon: New layer: "Duplicate"

I am old enough to remember typing commands into a DOS prompt. But, in general, requiring users to go to a DOS prompt to use ffmpeg pretty much means most users will not be able to use it. The lack of documentation about how to use ffmpeg makes even experienced DOS users unable to proceed.

I have not yet successfully created a movie file, in spite of many hours of effort.

I have not yet successfully created a movie file, in spite of many hours of effort

cacoke5, can we consider closed this issue?
-G

I haven’t quite given up on Synfig, mostly because I have not found an alternative I can afford. I will continue the discussion in regards to my efforts to create a movie in the thread How can I tell if I have ffmpeg? Any documentation?.

what do you think about that idea :

Or simply a message box “Warning : Synfig Animation.gif already exist. Do you want to replace it ?”

One aspect of the render dialogue that I’ve found confusing - that relates to the timeline as well - is the way Synfig deals with time. Using Blender as a reference point, by default time is only referred to in that software by frames up until render time, at which point a user can only set fps. I think Synfig should follow this instead of what it currently does of displaying frame and seconds

And two options didn’t change the current UI layout, does it? I guess I will post some UI mockups here.

Idea : Render (and projet parameter) image and other panel reorganization

What do you think ?