Time-loop: can it do this?

Hi.
I think it’s the right way of the timeloop.

This way you can animate with constant tween the params of the timeloop to mix the animations.

If you check the test.sif in the assets of the dev branch of the sifplayer you will see that it changes the animation as it was supposed to animate.

local time is the offset in the main timeline. So if you wand a loop to have a start at 2s you just have to add the local time to 2s.

Perhaps a complete overhaul of the time loop would be preferable? It is very confusing right now, switcvhing a few values may add to confusion but hardly make it any less confusing.
Perhaps a whole new concept is needed? Scrap the current time loop layers, creating a new loop function?

My intention is to revisit completely the concept of time loop by writing a draft to be discussed here. Then refurbish the current Time Loop layer to act according the new agreed logic.

For backward compatibility, (even buggy) old files should open and should animate as expected. That’s my humble opinion on this.

In any case a concept discussion is needed. We need to talk the same language when discussing if there is a bug or not.
-G

This is a draft of the concept of the Time Loop layer:
(needs a Google account to open it)
docs.google.com/file/d/0Bx8g_H3 … sp=sharing

Is it needed more or less features?
Is that what we expect from a time loop layer?
-G 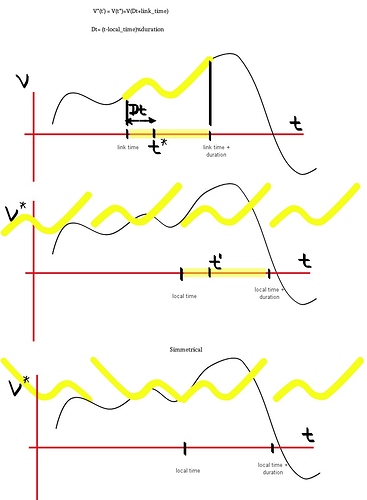 Is it needed more or less features?
Is that what we expect from a time loop layer?

It’s allright for the timeloop layer.

I don’t have a Conceptboard license

I don’t have a Conceptboard license

Go to Google>Drive>Create New>Connect More Applications (at the bottom of the drop down menu) and search for “conceptboard”.
Anyway, the posted image is exactly the same that you could see there.
-G

can i move this post to sub forum feature discussions ?

Is that what we expect from a time loop layer?

Is it needed more or less features?

More features could be:

The issue is fixed now - https://github.com/synfig/synfig/pull/1258