I’ve just noticed that if you open a Synfig file by clicking on it in Nautilus, then open another one before Synfig has opened and loaded the first file you get a crash.

As Zelgadis is looking at Synfig Studio problems that happen when closing files I wondered whether this opening files issue is a related issue.

If someone else can confirm this happens for them then I’ll file a bug, if not it’s probably something wrong with my computer.

Interesting issue…
A quick test under Windows gives me this: 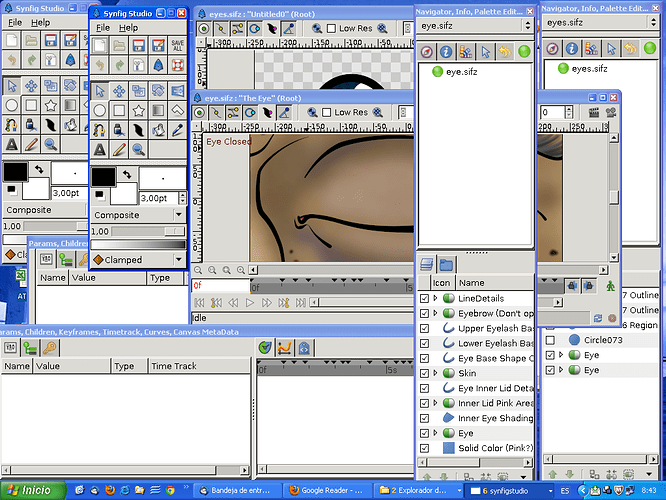 two-synfigstudio-windowsxp.png1024×768 179 KB
I opened two files by double clicking on the file browser and it opened two Synfig Studio.
It (apparently) didn’t crash but there shouldn’t be two Synfig Studio instances running. It will break the settings files for sure. Not good.

By the look of it on Fedora it’s another one of those odd bugs that depend on how much the computer is being used. When I have Blender, Inkscape and Firefox open it’s easier to replicate than when I have nothing open.