I’m trying to get a region vertex to follow a path near a spline, not the spline itself. My strategy (which doesn’t work) is to link to a spline that’s already linked to the spline. That’s a little hard to describe, so I’ve included some images below.

Step 1: Create the first spline. This is the spline to be followed. Step 2: Create a second spline, just a straight line. This is the spline I’d eventually like the vertices to follow. Step 3: Place the second spline in a group layer and link its transformation handle to the first spline. Now it nicely follows the first spline while conveniently putting its two vertices perpendicular to the spline I’m following. If I could follow those two vertices, I’d be set. What is by far most important to me is that I am able to link a region vertex to a spot perpendicular to a spline via a single “Amount” parameter. I don’t really care how. Is there an obvious way to do this that I’m overlooking? 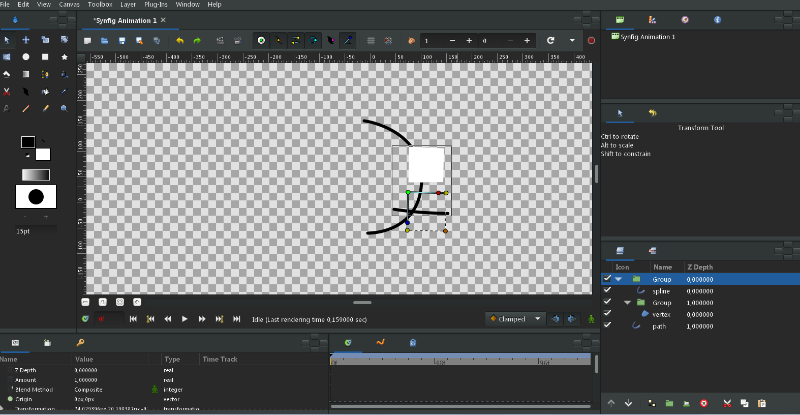 edit: Oeps, my bad. You already tried that…

But I don’t want the whole region to move with the spline, just some of its vertices. I’d (eventually) like the region to “grow” around the first spline.

The closest thing you can do is to create a ghost spline parallel to the one you want to follow and use it as guide for the vertex of the region:
-G 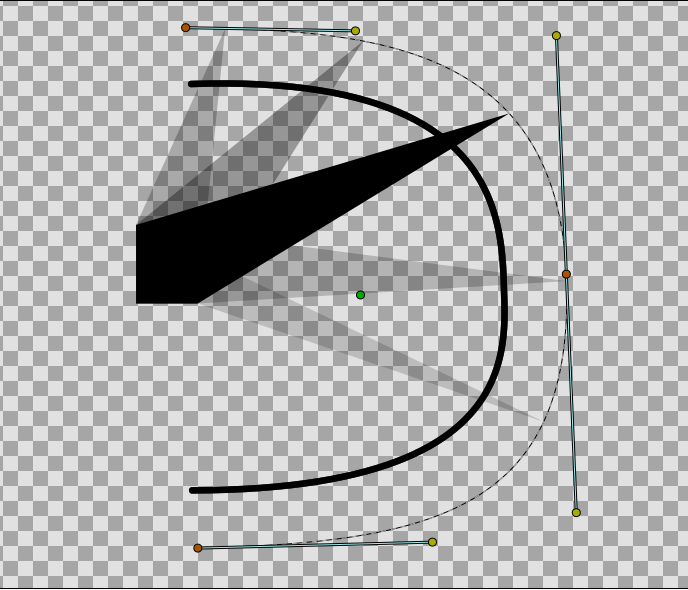 Yeah, that’s what I’m coming up with. I may just do that. I’ll see if it gives me the results I’m looking for.

Edit: Nope, didn’t work. I was hoping to also link the tangent handles to the splines (or to other splines) so that it would create a rounded front to the curve. Instead, I’ll be animating things manually through waypoints, as I’ve been doing.