i’d like to be able to draw things in inkscape, import it into synfig studio, and then animate it from there, but things always get messed up after importing it

even after converting ellipses to paths (synfig completely ignores ellipse objects from inkscape), it still manages to mess it up??? 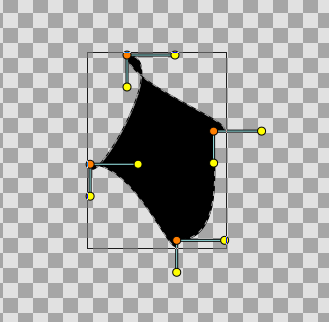 i tried putting the svg into another program (affinity designer) and then putting THAT into synfig studio, but even though it solved the line width problem, there were still other problems

one object was gone, fills were missing, and one of the ellipses was messed up

any alternatives to importing, or ways to get around the problems?
ive tried copy/paste, but although that works between inkscape/affinity designer, it doesnt seem to work for synfig studio

right, i forgot you could do that

the image ended up a little warped (stretched vertically, for some reason) and groups weren’t carried over, but still way better than before

though affinity designer can’t export into .sif, i can probably just copy it into inkscape and then export to .sif from there

I’ve been having a related problem? I’m in the same boat–drawing in inkscape and exporting to synfig (in my case I just want to add a little motion, such as text sliding across screen or a character rocking back and forth).

First, when I export as a .sif and then open it, I can’t use the timeline? I can work around that by copying and pasting into another blank canvas, but I have no idea why the timeline disappears.

But then, in my final render, I’m having a quality drop. For instance, in one of my files, it’s rendered much blurrier than usual (I’m testing out the render as ffmeg into Windows Media Video 7 with 10,000 bitrate and quality and anti-aliasing=1, which has worked my previous renders). I should note that this looks fine before the render, but blurs when rendered.

In another file, the text (particularly e and ?) is distorted (after the transition from inkscape to synfig). In this one, the distortion is evident even before editing.

I’m not sure if this is a rendering problem, or a import-from-inkscape problem?

I have attached a screenshot of my text problem, along with both synfig files. Thanks!