I’m getting a problem with window updating during animation with Synfig 0.63.00: 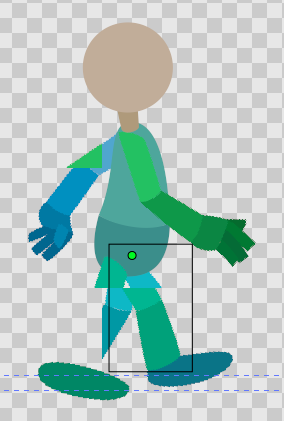 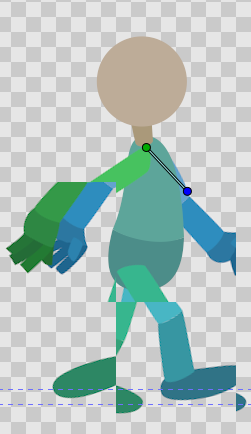 The screen gets so bad whilst I’m trying to manipulate the ducks on the rig’s rotate layers that it becomes almost impossible to see what’s going on. Some canvas repainting seems to be being missed.

I’m wondering whether this is a Fedora GNOME3 GTK3 thing (as no-one else has mentioned it) or whether other people have seen it too.
idleworm_walk.sifz (9.94 KB)

I’ve seen that before when the composition is using exported canvases and different time offsets but I don’t have those glitches playing with your file. Try to use a lower pixel resolution and lower render quality (9 or 10) to see if it responds better.
-G

It seems to happen if GNOME 3 has been running for some time or a lot of windows have been open. I think it’s a GNOME 3 thing. I rebooted and things were much better. I’ve managed to animate my feet now!

So, nothing to fix - the solution is reboot GNOME 3!

Good one! any reason to have the legs white?
-G

I’m doing the legs now - they’re just not in that render. I’ll upload the .sifz file when I’ve finished it.