I wanted to have a line smoothly extend itself, as if it were being drawn with a pen.
I’ve done the flower tutorial; so I thought I would take a bline and activate more
and more of its nodes as the animation continues. Unfortunately the result is
really weird: the line extends in jumps and the extensions slide around after they
appear. Also, sometimes the tangent at end of the extension rotates around a
full turn before settling down. Why is this happening? How to I get the bline to
just extend without wiggling around?

It helps if you set the origin parameter of the dynamic vertices to 0. This means that when Synfig interpolates the start position of the vertex based on the previous and the next vertex, it will use the only previous vertex. It was 0.5 meaning Synfig would place the start position half way between the previous and next vertex. The result is better using 0, but it is still not correct. Maybe you should have the line already present and reveal it through a masking region on top that slides out of the way (or something similar)?

But this is probably a question for über guru Genete!

Maybe you should have the line already present and reveal it through a masking region on top that slides out of the way (or something similar)?

Maybe but that feels like a bit of a hack and after doing the flower tutorial I thought that this was a natural way of doing it. But, I could be wrong! If I have to hack it I will!

Anyway, you’ve taught me a bit more about how Synfig works, so thanks again!

What version of Synfig are you using? There is a bug in older versions that results in the problem you describe. I do not see this problem when playing the sf2.sifz file.

What version of Synfig are you using?

There is a bug in older versions that results in the problem you describe. I do not see this problem when playing the sf2.sifz file.

I still see the wriggling as the tangent at the end rotates, although it’s much less bad than the first link I posted.

Should I upgrade to git?

Hi starurchin,
the solution given by Gerco is correct. The problem is that Synfig is not smart enough to know that you want to do that kind of animation. Synfig interpolates the vertex that is in the transition from off to on using linear interpolation. 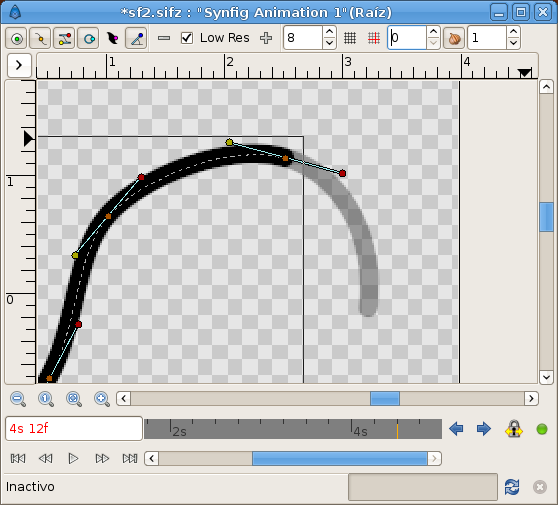 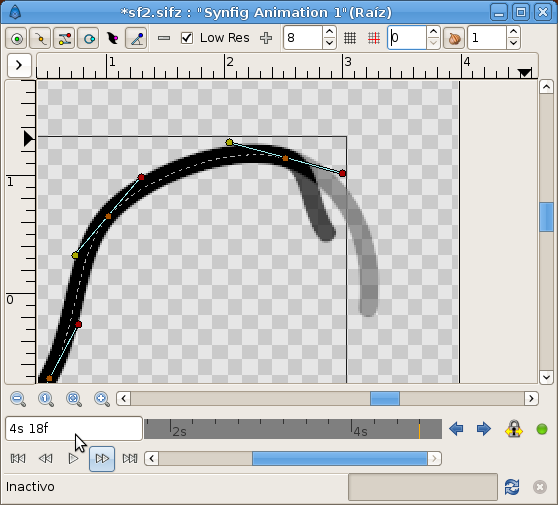 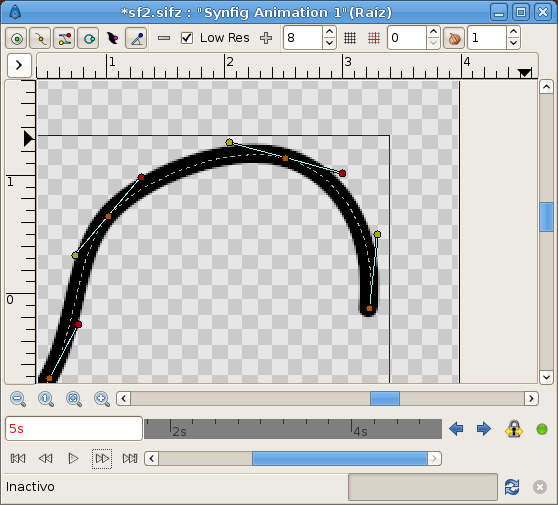 I can understand your complain about the image of the middle. The bline is not following the proper path! Yes but if you look carefully you can see that the position of the 50% on vertex is correct form the synfig’s point of view. Look the image: 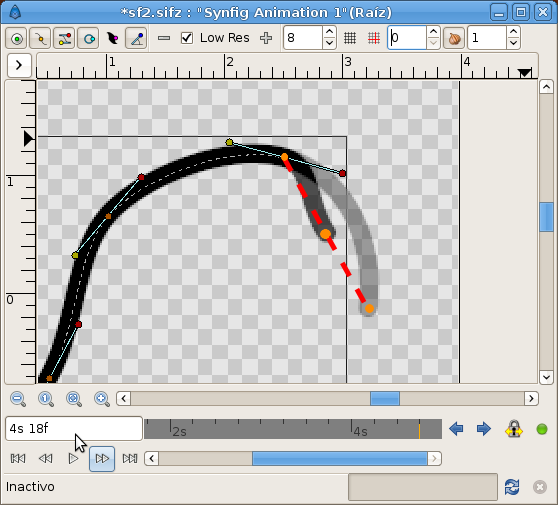 The vertex is in the correct position (linear interpolation) between the start and end positions. Same happen with the tangent (not drawn).
Let me think on the better solution for this using the current synfig state. Maybe in the future it can be automatically done but not possible at the moment.

Hi Genete, thanks for that excellent explanation. I guess what I’m telling synfig to do is not the same as what I really want it to do. I noticed there was a Dynamic List type, but I couldn’t get that to do anything useful. I’ll have another go in a day or so.